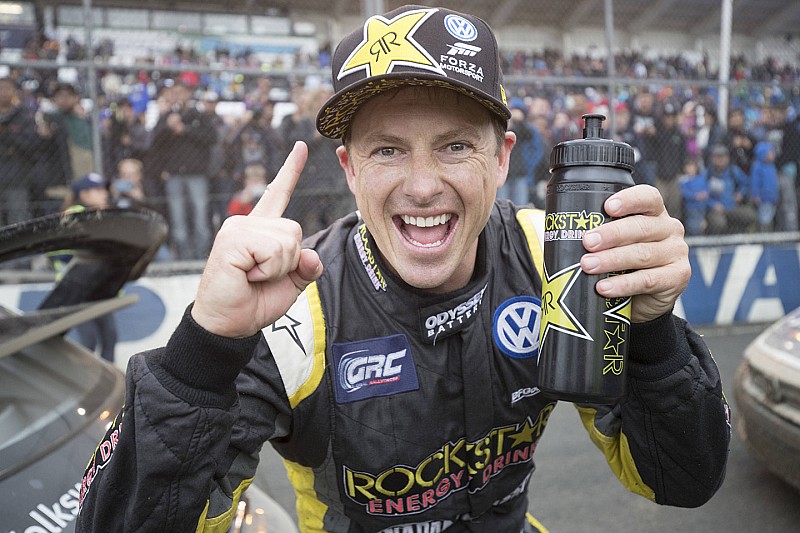 As the 2016 World RX season enters its final stages with just two events remaining at the Estering in Germany this weekend and at Rosario in Argentina next month, Volkswagen RX Sweden is in the thick of the action for both the Drivers’ and Teams’ championship titles.

The team is currently third in the Teams’ Championship standings, while multi-discipline expert Kristoffersson climbed to second overall in the Drivers’ standings at the last round in Latvia, thanks to finishing top at the Intermediate Classification and fifth in the final. The Swede, who won the French round of World RX at Loheac last month, is 27 points behind series leader Mattias Ekström with 60 points up for grabs from the final two rounds. Kristoffersson is confident that the pace of the Volkswagen Polo RX Supercar can help him fight for the best overall result possible.

“I haven’t raced at this track so many times, but we did well last year and I’ve been testing there before as well. I feel confident and we will do everything to take the maximum points we can to try and catch up in the championship,” said Kristoffersson. “A lot of stuff can happen in the first corner at this track, but we will hold the steering wheel straight and try to get the car to the finish in one piece. We had some headwind at the beginning of the year but now we have been catching up a lot in the points. That feels very good. This championship is very competitive, so you just have to enjoy the moment.”

Marklund has been out of luck in recent events, but hopes to join Kristoffersson in the fight for a podium finish this weekend in Volkswagen’s home country, at the second oldest circuit on the World RX calendar.

“My hopes for the weekend start with surviving the first corner in all four qualifying races and then push as hard as I can. I like the track and I have had good results there in the past, so I’m going there with good confidence and I really look forward to putting on a good show for the German crowd,” said Marklund, who undertook a day of testing alongside Kristoffersson in Latvia last week. “This is a track where it’s quite easy to get the flow. I think we will be quick immediately from free practice. Our Volkswagen Polo RX is really quick, Johan has shown that in recent events and I can’t wait to get started.”

American TV star Foust concluded his season in the American Global Rallycross Championship last weekend by finishing second in the series, and heads straight to Germany for his second appearance of the season with Volkswagen RX Sweden. “It has been an exciting season of racing for me and I'm looking forward to getting back in the driver's seat of the Rockstar Energy Drink Volkswagen Polo in Europe," said Foust, who won the Finnish round of World RX in 2014, driving the Volkswagen Polo RX. "I got my start in rallycross in Europe and I feel very fortunate I have been able to return to the World RX series for a few rounds this season. It's going to be great to catch up with friends and fans in Germany."

Team Principal Michael Schneider is confident that all three Volkswagen Polo RX Supercars can qualify for a place in the semi-finals in Germany. “The performance of our car has been very good for the last few events, and Estering is a track that suits Johan very well. He finished just outside the podium there last year and we want to step up this year to get him on the podium and to keep fighting for the championship,” said Schneider.

“Anton has good pace and I hope we will see him back in the semi-finals again this weekend. It will also be very interesting for Tanner too; he’s done very well in the US this year. For sure our car has different characteristics to the car he was racing last weekend, but he will adapt quickly like normal and I expect a good result from him too. We will push to have three Polos in the semi-finals.”

Head of Volkswagen Sweden, Sten Forsberg, is looking forward to the team continuing to fight for the championship this weekend. “With only two races left, we are very happy that Johan is second in the championship,” he said. “But, there are still a lot of points to fight for and there will definitely be an interesting end of this season. I am sure that the team will do everything possible to get a great result in Germany.”

The FIA World Rallycross Championship can be watched live on SVT this season in Sweden. Coverage from Germany starts at 14.00 (CET) on Sunday October 16.