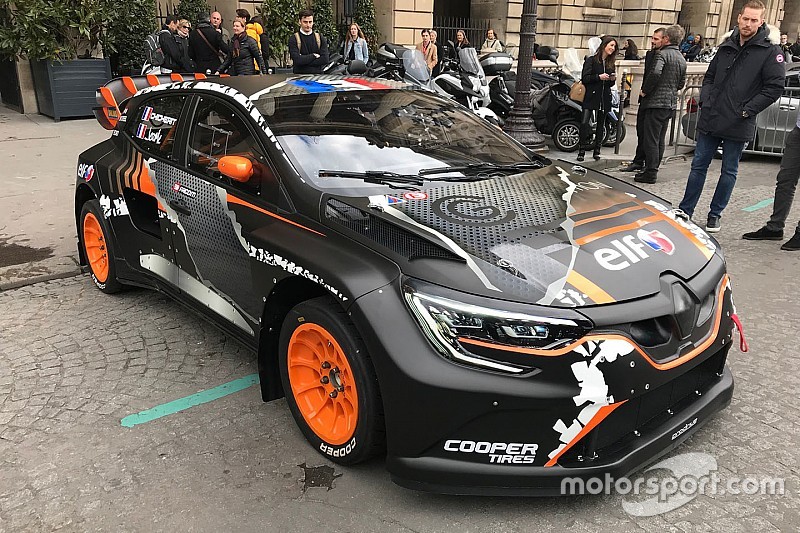 The GCK team that will run a pair of Prodrive-built Meganes in the World Rallycross Championship hopes a successful first campaign will tempt Renault to become more involved.

Guerlain Chicherit, whose team revealed the revolutionary Megane RS in Paris earlier this month, will start his first World RX round as a team owner and driver in Barcelona this weekend.

The Frenchman has self-financed the development, production and running of the car and team, but hopes early success will persuade the French manufacturer to divert some of its resources from its Formula 1 team towards the project in the future.

“Renault has been working with us quite a lot since the beginning on the marketing approach," Chicherit told Motorsport.com.

"We didn’t really want them involved in the technical group, this might have complicated it when they are clearly fully focused on Formula 1 at the moment.

“We decided to do this on our own. This was a good choice because Prodrive are really so experienced in rally – OK it’s not rallycross, but it’s close.

Chicherit and teammate Jerome Grosset-Janin were on the pace at Silverstone – the only pre-season World RX test they attended - last month, but the team boss is taking nothing for granted aboard the grid’s most advanced car.

The Renault comes with an uncompromising layout tailored to World RX, with a longitudinal engine, inboard brakes and double wishbone suspension.

“We have gone all-in with this project, with no compromise,” said Chicherit. “It’s impossible to compare this car with anything else.

"It’s really a revolution for rallycross. But how good? I don’t know what to tell you.

"My own reference in this sport is pretty new and I didn’t drive a proper rallycross car before, but it looked good to me – I jumped through the roof the first time I drove her.

“It’s brand new. We can still make some improvements. This year is really to show what has been done and what we can do, we are coming for 2019 with the clear target [to win the title].”