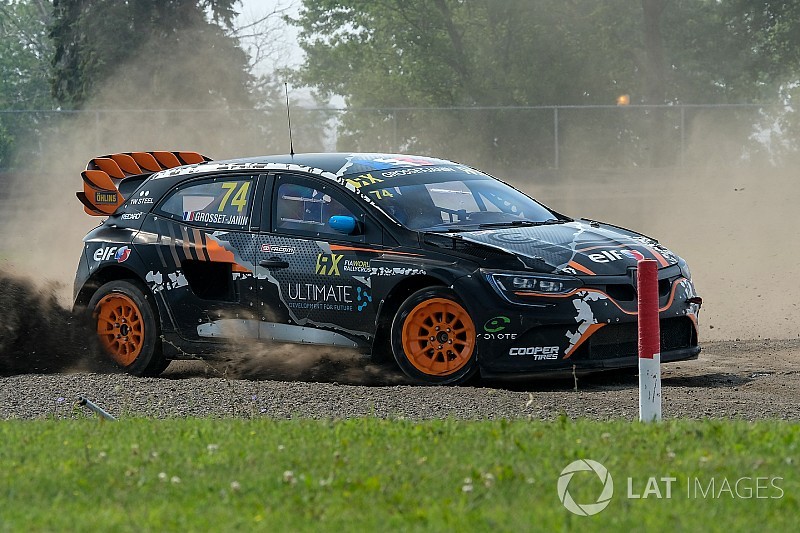 World Rallycross team GC Kompetition has signed British driver Liam Doran to race in the French round of the series after parting ways with Jerome Grosset-Janin.

In the first year for the squad racing Prodrive-built and run Renault Megane RS RX Supercars, Grosset-Janin had partnered team owner and driver Guerlain Chichierit and netted the outfit’s first podium at Holjes in Sweden.

“Despite putting in endless hard work over the past years to prepare myself to be at the level of a professional World Rallycross driver, I inform you that there are certain conditions that make it no longer possible for me to finish the second half of the season,” said Grosset-Janin, who is currently 11th in the drivers’ standings.

“I do not wish to list the difficulties a driver evolving with a private team must face and find it unfortunate and frustrating that I am unable to continue to express myself fully until the end of the season as I have since (round one) in Barcelona.”

His statement concludes: “I must face the facts and make the difficult but honest decision to end my season in the FIA World Rallycross Championship.”

“We would like to thank Jerome for his contribution to the GC Kompetition rallycross programme and his passion for driving the Megane R.S. RX,” said GCK Team Manager, Karl O’Sullivan.

“Unfortunately we’ve had to make a decision as a team to discontinue our work with Jerome. We wish him all the very best in his future racing career.”

Doran drafted in as replacement

Grosset-Janin will be replaced by British driver Doran for the Loheac round of the series.

The 31-year old last competed in World RX with the JRM Racing team in 2016, the same squad with which Chicherit also made his first foray into the series in the same year, driving a Mini RX, but Doran split with the squad mid-season.

“I am excited to be back racing in WRX and with GCK,” said Doran. “This is a great opportunity and I really cannot express how happy I am to get back behind the wheel. I am confident in the car and Loheac is one of my favourite tracks, so hopefully we can put together a good result.”

A two-time X Games Gold medallist and five-time European Rallycross race-winner, Doran played a key role in Prodrive’s first significant involvement in rallycross. In early 2013 he drove a WRC-derived Mini RX at Lydden Hill in a public test, before racing the car to Gold medal at X Games Europe the same season.

Signing for GCK will also reunite Doran with former spotter and data engineer David Mansfield, who has been working for Chicherit’s squad since the start of the year.

“To be able to secure a driver of such experience and tenacity as Liam to join Guerlain in Loheac will be hugely beneficial for the entire team,” said  O’Sullivan.

“We’re very much looking forward to welcoming Liam to the team and excited to have both drivers test together over the next couple of days ahead of Loheac.

"As the team’s home race Loheac is hugely important to us and we want to ensure we are able to offer our fans the best experience and some incredible racing for their entertainment.”

EKS expands to four cars for Latvia World RX round