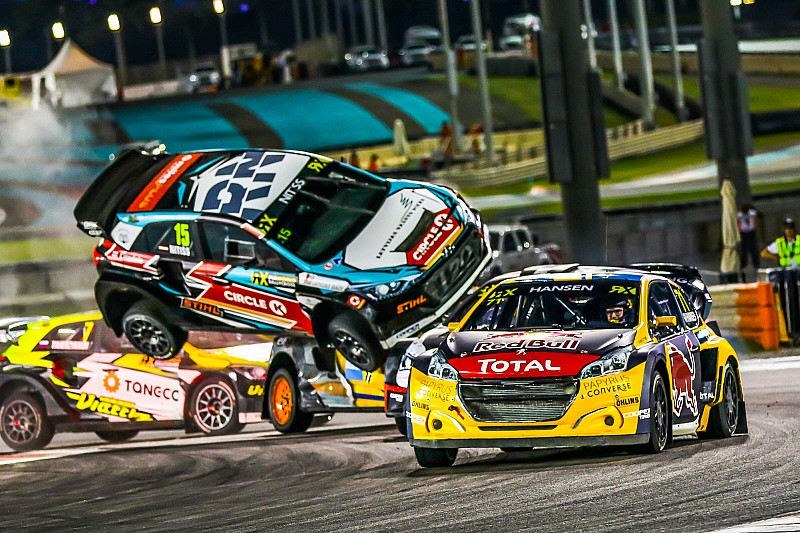 Niclas Gronholm has been docked of his maiden World Rallycross victory at the season opener in Abu Dhabi, meaning that Kevin Hansen claims his first win.

Hansen had topped qualifying and like Gronholm won his semi-final, then took the lead of the final in the drag race to turn one.

The respective Team Hansen MJP and GRX Taneco drivers ran nose-to-tail for the opening four laps until the lead changed hands at the double-apex up-hill hairpin of turns 10 and 11.

Contact had been made between the two cars, Hansen getting pushed sideways and Gronholm moving into a lead he would hold to the finish.

But, following the final, Stewards decision No.10 awarded Gronholm a three-second time penalty for ‘pushing and overtaking’, which dropped the Finn down to second.

As a result, Hansen’s first World RX podium also marks his first win. With a maximum points haul from the event, he takes the championship lead.

Also penalised after the final was Janis Baumanis, who was docked 10 seconds by Stewards Decision No. 09 for ‘leaving the track’ after he left the circuit between turns one and three before overtaking EKS driver Krisztian Szabo. As a result, he was classified fifth.