Fourteen-time European rallycross champion Kenneth Hansen is working on a return to World RX as a team owner in 2019. 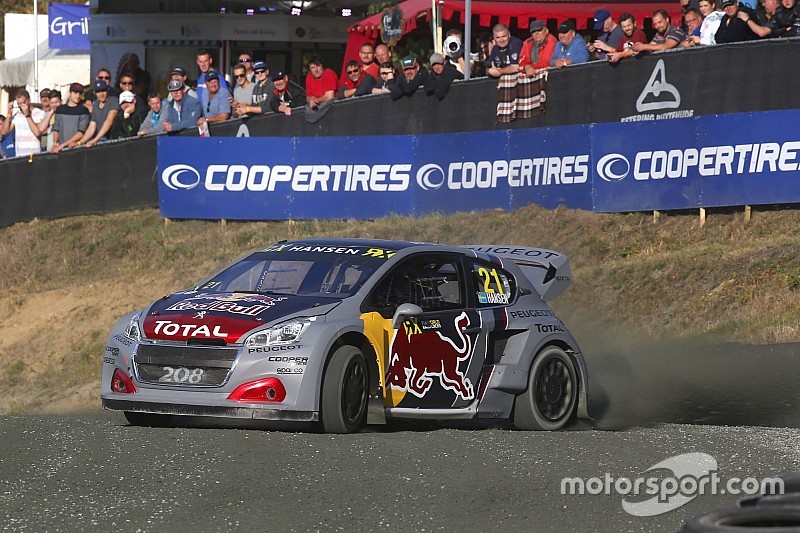 Hansen ran his own rallycross concern until the end of 2017, when the Team Peugeot Hansen squad, in which Peugeot had supported Hansen’s efforts since 2014 and won the teams' title in 2015, was changed into a full factory team.

The Swede continued to work for the works outfit as team manager, but following Peugeot’s departure from the series, he is working on re-forming his own team.

“It didn’t take so many minutes [after discovering that Peugeot wouldn’t continue] before you start to reconsider what is possible now,” Hansen told Motorsport.com.

“Of course rallycross is our passion and the thing we are best at. We even went to China to make it work. Then you understand how hard we are working.”

The Hansen family had already been working on plans for a satellite rallycross programme with their own team, which hasn’t run cars in 2018, before the Peugeot decision in October.

That has now been escalated into trying for a World RX effort, with wife Susann and sons Timmy and Kevin all involved.

“We have been in the top of rallycross for many years and to only focus on a national championship or European championship is not so motivating,” said Hansen.

“We target to go in the world championship. Of course with the shortage of time before next year it’s definitely not easy, but we are trying at least.”

Hansen said that if budget can be secured, the most efficient way to operate in top-level rallycross is as a two-car team.

“That’s most efficient and it’s not too big - it’s quite controllable to do it and you can do it in a quite clever way to do it cost-efficiently, but also performance-efficient," he explained.

"If VW stays as a manufacturer it’s more or less impossible to beat them as a private team, but that makes the challenge very, very motivating also.”

Hansen, who ran Citroens for his team’s entire Supercar career from 1993 until switching PSA marques to Peugeot for 2014, is currently in talks with Peugeot Sport about running ex-works 208 Supercars in the series next year.

“We have discussed about that,” he said.

“I mean it makes no sense for them to keep the cars, so it would be better to have them on the grid somewhere, so let’s see if it can be in our team. We know the car, we know the technology very well so it’s the easiest way to be competitive.”