World Rallycross team owner Kenneth Hansen won’t attend the penultimate round of the series this weekend in Riga in order to appear in a Swedish TV reality show.

Hansen is filming in Greece for the Swedish programme Mastarnas mastare (Champion of champions), which pitches 10 retired champions from different sporting disciplines against each other, to be aired next year.

The Latvian event will be the first time the 14-time European Rallycross Champion has missed a top-flight FIA rallycross event since the Swedish round of the European Championship in 2012, when he attended the X Games in Los Angeles to run a Citroen DS3 for Sebastien Loeb.

"At the time I said yes to the TV show, I hoped it wouldn’t interfere with the races, but of course it’s quite difficult with our busy calendar,” Hansen told Motorsport.com.

“Unfortunately, it clashed with Riga, so it’s not possible to be there. It’s once in a lifetime that you get this opportunity and I’m very happy to be asked. We have a very great team, so I’m sure they will manage without me.”

While Hansen’s managerial role in the squad, which runs a pair of ex-works Peugeot 208s, will be taken by wife Susann, she will be supported by former team member Eric Faren and engineer Graham Rodemark.

Faren previously drove for the team in Super1600 and Supercar events, then became a spotter for Loeb in the squad in 2016, claiming victory in Riga with the Frenchman that year.

Now running his own team in the RX2 support series, Faren joined the Hansen squad in the spotters’ tower at the French round two weeks ago to get up to speed. He will be spotter for Timmy Hansen this weekend.

Aware that the Latvian round is a critical event in the season, Hansen says his sons are well prepared for Riga.

“We have spoken quite a lot about the situation and how to handle it,” he said. “I think everyone is quite comfortable and we were happy with the pace we had in Loheac. "Last year we were not completely in the game [in Riga] but the car is a little bit more developed since last year, so it should be alright.

"Eric and Graham have a lot of experience so I’m quite calm that everything will work well, and Susann will take care of it. I’ve known it for a while now, but still it’s strange. I will be very happy to be back in South Africa.” 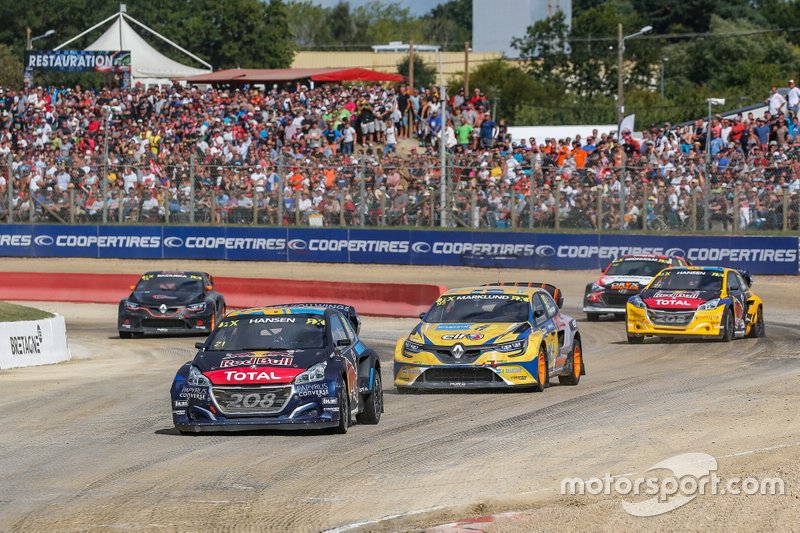