Hirvonen will drive the Mini RX at the launch of the Silverstone rallycross circuit on Tuesday, as British team JRM continues the development of its Supercar ahead of a planned return to World RX in 2018.

The Finn’s WRC career spanned 12 years, in which he amassed 163 starts, 69 podiums and 15 wins driving for Subaru, Ford and Citroen. He twice took the WRC title fight to a last round decider with Sebastien Loeb.

Hirvonen attended his home round of the European Rallycross Championship at Kouvola in 2013, where indicated that he would welcome the opportunity to sample a rallycross Supercar.

Daventry-based JRM first entered World RX with its Mini RX in 2015, British driver Guy Wilks finishing sixth in the British round of the series at Lydden Hill in the car’s second event.

Liam Doran signed to drive in a full campaign for the squad last season and won a semi-final at Hockenheim, but the team split with Doran mid-year and was hampered by a difficult development process changing from a 1.6-litre WRC-derived engine to a two-litre unit.

“The new Silverstone RX track is great news for us at JRM as it’s really near out Midlands based HQ and Automotive Development Centre,” said JR Motorsport Managing Director, Jason King.

“We are really excited to be one of the first teams to try out the new track and build up some test time on our Mini’s developments, with Mikko on board to provide expert feedback ahead of the 2018 season.”

Since retiring from the WRC at the end of 2014, Hirvonen has twice competed in the Dakar Rally in a Mini for the X-Raid team. He finished fourth in 2016 and 13th earlier this year.

Lydden Hill will host the British round of the World Rallycross Championship this weekend before the Silverstone launch on Tuesday, where the UK’s round of the series will be held from 2018 onwards as part of a new ‘Speedmachine’ festival. 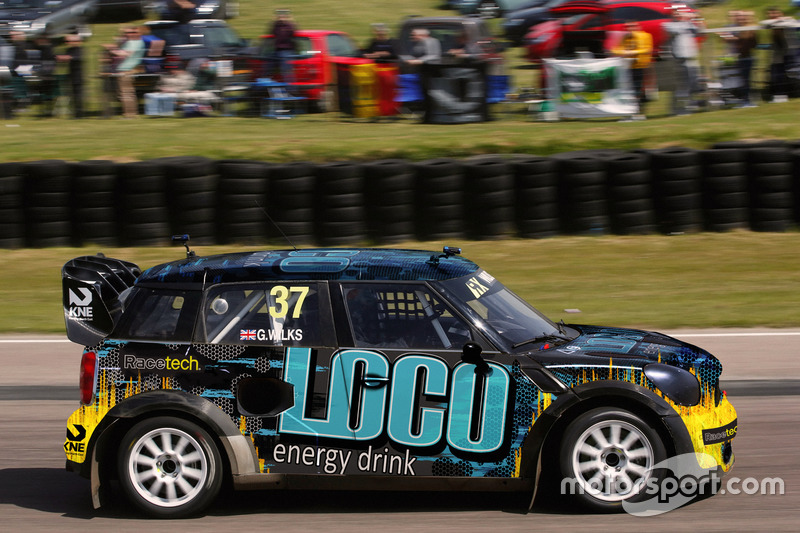