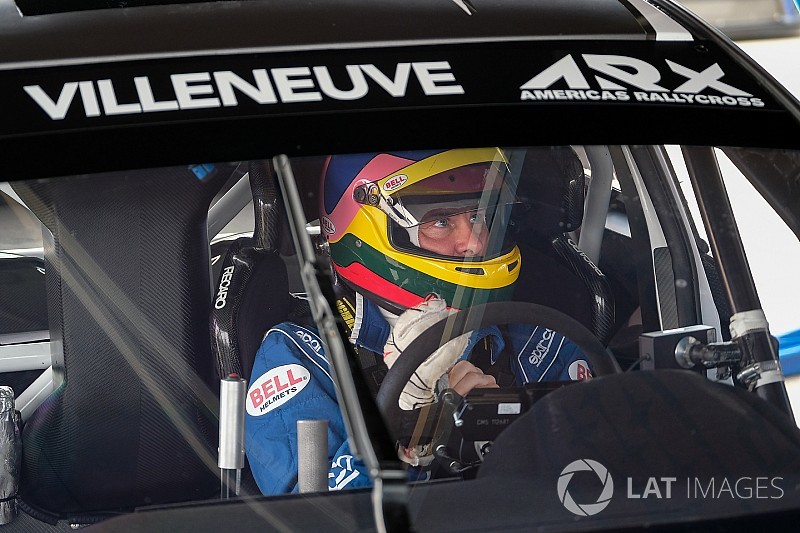 A deal concluded just three weeks ago will see Jacques Villeneuve behind the wheel of the Subaru entered by Subaru Rally Team USA and normally devoted to Travis Pastrana.

His teammates at GP3R will be Swedish driver Patrik Sandell and Australian Chris Atkinson. The cars are prepared and run by Lance Smith’s Vermont SportsCar. The event represents Round 3 of the ARX Americas Rallycross series.

The 47-year-old Villeneuve has not raced for the while as he's been busy working as analyst on French TV Canal+ at almost all Formula 1 races.

“I said ‘yes’ to the offer to drive because I’ll be part of a factory team and it’s the Trois-Rivières event”, Villeneuve declared yesterday when he tested his new mount on the short road course of Circuit ICAR.

“It’s a one-off deal, but we’ll see what we can do for the future. The ARX series only has four or five events during the year, and I think I could be able to fit that in my TV schedule. We’ll discuss with potential partners and sponsors, and I’d be delighted to race the entire series next year”, he added.

“The idea of this test was just to adjust my driving position and for me to get back into a race mode”, Villeneuve said.

“The car is fast, yes, but just for the first lap. After that, you quickly get used to its 600 horsepower. After one flying lap, I was perfectly comfortable. What was crucial for me was to get used to the starting procedure, as there are several buttons to press and get the turbo in full boost for the standing starts. Racing is still in my blood and I am really happy to get back behind the wheel of a race car, especially in Trois-Rivières. Don’t be mistaken: I’m not going there to run at the back of the pack!”

Villeneuve to compete in Americas Rallycross' Canada round