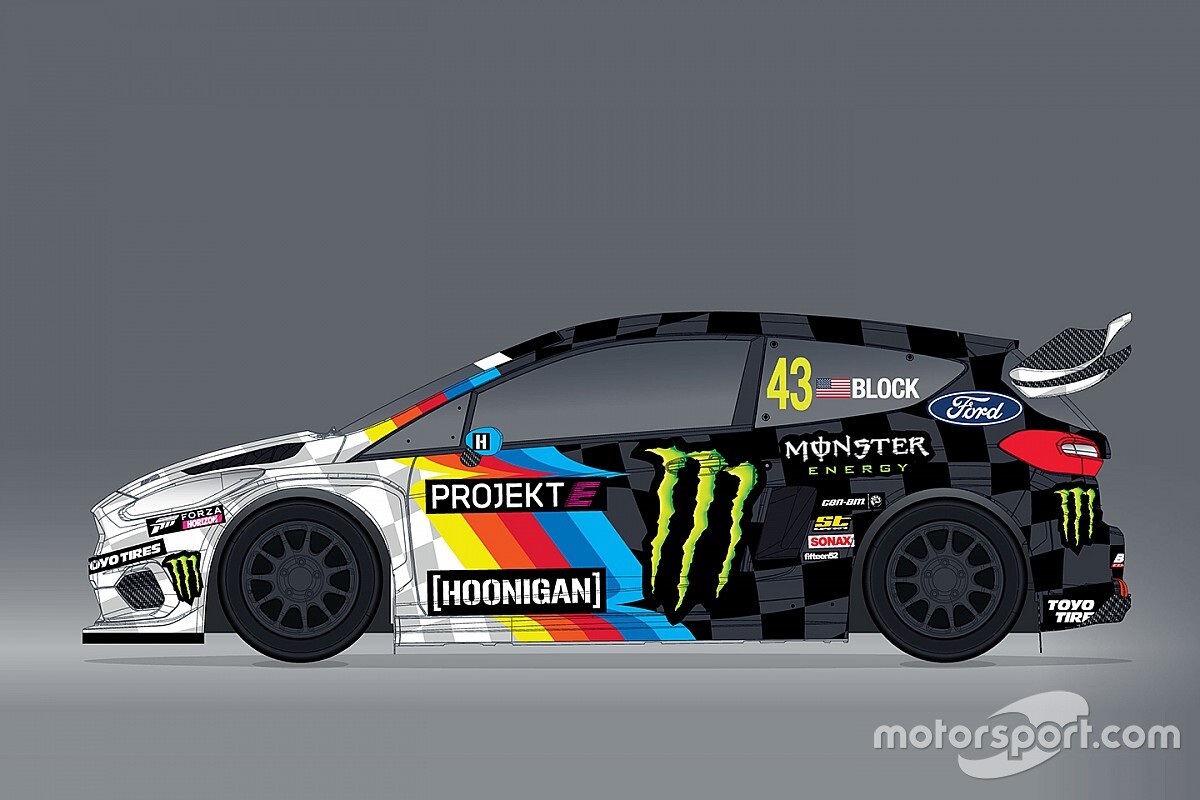 Ken Block will return to the World Rallycross Championship for the opening round of the 2020 season at Holjes in Sweden, racing an electric Ford Fiesta in the new Projekt E support category.

The American will race a new Fiesta ERX built by Manfred Stohl’s STARD outfit, using the single-specification three-motor, four-wheel drive 450kW ‘revelution’ electric powertrain kit developed by Stohl’s concern that is mandated to be used in all cars in the series.

Block made his World RX debut at the Norwegian round in 2014, driving a Ford Fiesta to a podium finish. Following a further outing in the French round later that, he raced full-time with his Hoonigan Racing Division team in the series in 2016 and 2017 with the Ford Focus RS RX, but withdrew from the sport’s top category at the end of the second term.

“I’m stoked to take part in the worldwide first ever electric rallycross race in the Projekt E series in a STARD Ford Fiesta ERX,” said Block. “The car is rad and I can't wait to get behind the wheel in Holjes.”

STARD recently announced Ford Performance support for its Fiesta ERX customer racing programme, and on Wednesday revealed a tie-up with Citroen Racing to deliver electric versions of the C3 R5 to customers to compete in Projekt E.

As the inaugural electric rallycross car to reach production, the Fiesta ERX became the first electric rallycross machine to compete in an event. It was a Hungarian national championship round last month and, with Stohl at the wheel, it claimed victory. It was followed with a second win a week later in Austria.

The new Fiesta that Block will drive has been given the chassis number #43, Block’s regular race number, as a nod to his appearance in the car.

“We are very much looking forward to having Ken racing our Ford Fiesta ERX at Holjes,” said STARD CEO, Michael Sakowicz. “Not just because he is one of the most famous race drivers in the world and it shows the potential of Projekt E that the class is able to attract drivers like Ken, but also because he has vast experience of motorsport and rallycross and it will be very interesting to get his feedback.

“Ken has driven and raced in all kinds of crazy cars, but I really think he will be very impressed with the Fiesta ERX.”