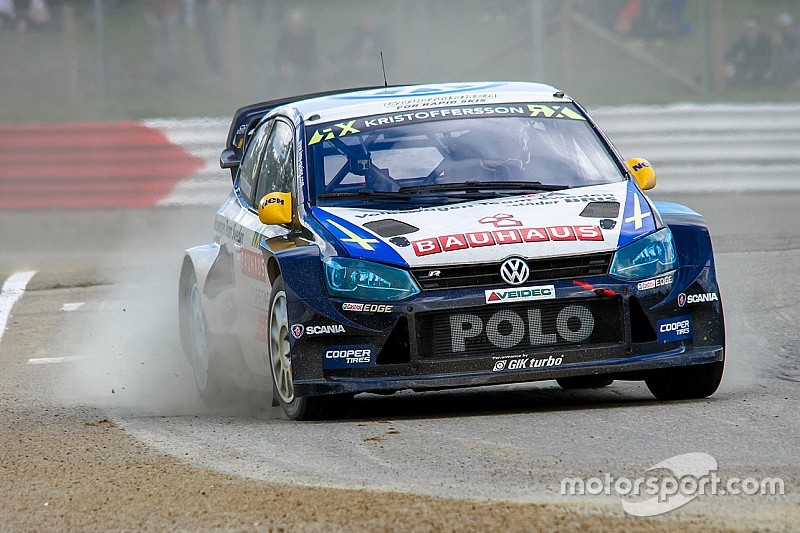 The announcement, which was made at a press conference in Stockholm this morning, is in collaboration with Volkswagen Sweden. Marklund Motorsport finished second in both the drivers’ championship and the teams’ championship in 2014, while Johan Kristofferson of Volkswagen Team Sweden finished third in the overall driver standings this year.

Ambition, passion and teamwork are the keywords.

Jost Capito, Technical Director at Volkswagen Motorsport explained the process behind the merger: "Volkswagen Motorsport is positive about the merger that came about as a result of the team's initiative. A collaboration between Marklund Motorsport and Volkswagen Team Sweden will strengthen Volkswagen's position in one of the fastest growing areas of motorsport. Combining our capabilities will create good possibilities for further success in the sport.”

Sten Forsberg, head of Volkswagen Sweden, also welcomed the joint venture. "The competitive situation in World RX calls for creative solutions to achieve success for both Marklund Motorsport and Volkswagen Team Sweden, which we as collaborative partners strive for. With our joint effort, we are convinced that the team with Johan Kristoffersson and Anton Marklund as drivers will be able to keep up with the pack and be fighting for the championship," he said.

Team bosses Jan Marklund and Tommy Kristoffersson also back the new collaboration. "We already discussed a merger last year, but we never got around to it,” explained Marklund, father of Anton. “Now we will be added to the mix of Volkswagen's involvement and our joint goal for 2016 is very clear.”

Marklund revealed that the new team will invest a lot of resources in testing. "We will have a separate test unit with a racing car, staff and trailer that will manage our development activities. The competition in World RX is becoming increasingly tough and to be in with a chance of winning the championship, we need to constantly improve and optimise the equipment."

Tommy Kristoffersson added: "Pooling our resources enables us to provide the stable platform of infrastructure and competence that is required for professional, long-term involvement. The merger gives us good sporting chances, and on a personal note, I am really looking forward to working with our drivers, engineers and mechanics and collaborating to form and develop the team. Ambition, passion and teamwork are the keywords.”

Tommy Kristoffersson – father of Johan - will be the general manager of the new team and Michael Schneider has been appointed team manager after having performed the same role at Marklund Motorsport in 2015.

The team's new cars will be built at Marklund Motorsport's premises in Boliden. As the season gets closer, the work will be relocated to Arvika, where Volkswagen Team Sweden is based.

World RX and Euro RX heats to run separately from 2016

Watch the best action from World RX in 2015