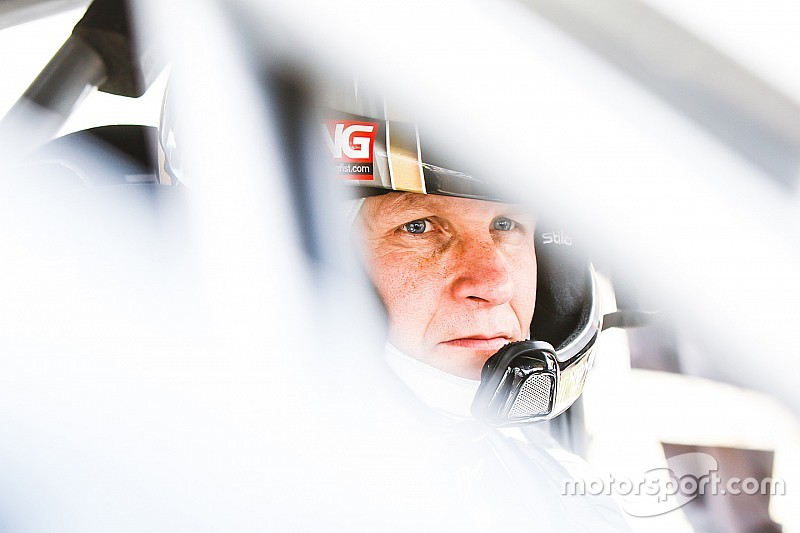 Continuing on from his opening day form at the British round of the World Rallycross Championship at Lydden Hill, Petter Solberg qualified top at the Intermediate Classification by setting the fastest time in Q3 and second fastest in Q4.

Solberg’s Q3 time was close to 1.5 seconds faster than his quickest time on day one, but backed off in Q4 knowing he had done enough to be top.

Fellow Norwegian Andreas Bakkerud set the fastest time and climbing to second at the Intermediate Classification as Mattias Ekstrom, who had been second until Q4, picked up a front left puncture in the last race of the qualifying stages and dropped to fourth.

The first time this season that he hasn’t finished top at the Intermediate Classification and claimed 16 championship points for doing so.

Peugeot-Hansen driver Timmy Hansen had his best qualifying stages of the season to be third overall, the Swede finishing second to Solberg in the last race of Q4.

Kevin Hansen dropped from sixth on day one to seventh on the second day at Lydden Hill, but is still well within the semi-final qualifying positions in seventh.

Triple European Rallycross Champion Timur Timerzyanov fought back from a broken steering in Q2 on Saturday to have a strong day two and climb into the semi-finals in eighth, he finished right on Timmy Hansen’s bumper in the last race of Q4.

Sebastien Loeb and Anton Marklund both suffered punctures in Q3 and started in the first race of Q4, but set good enough times to make it into the semi-finals, Loeb, who was eighth fastest in Q4 in 10th overall with Marklund 11th and Latvian Janis Baumanis securing the last semi-final position.

Frenchman Davy Jeanney is first reserve for the semi-finals having qualified in 13th overall, while Ken Block also failed to make it through, the American involved in a battle with Robin Larsson in Q4.

Block initially leap-frogging Larsson by using the joker lap before the private Audi driver passed the Ford Focus at the hairpin on the last lap. Portugal podium finisher Larsson wound up 15th.

British hopes were dashed in Q4 when both Guy Wilks and Liam Doran failed to finish. The pair took their jokers on the opening lap, Wilks initially taking the advantage before being passed by Doran, both the OMSE Ford Fiesta and JRM Mini then coming to a halt at the top of Lydden’s Hill.

Tanner Foust didn’t take part in either Q3 or Q4, the American forced onto the side lines by electrical issues with the Volkswagen RX Sweden Polo.