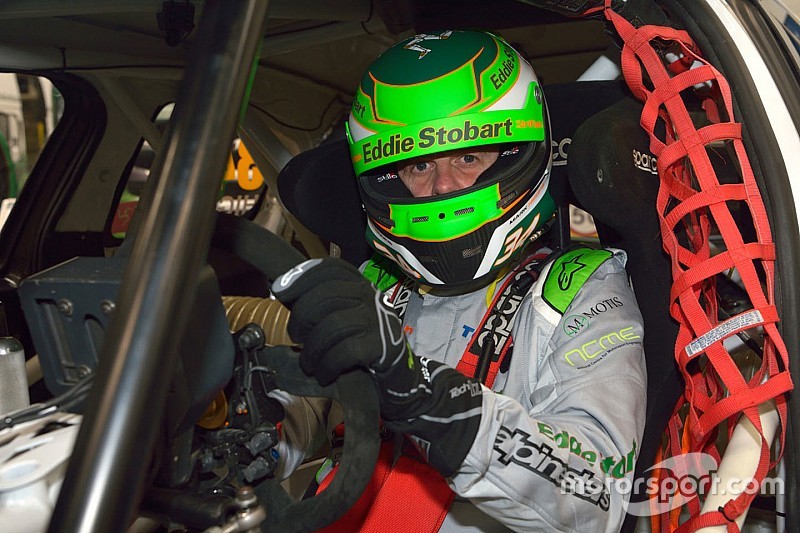 Triple British Rally Champion Mark Higgins will compete in his home round of the World Rallycross Championship at Silverstone later this month.

The Manxman will campaign Albatec Racing’s latest-specification Peugeot 208 Supercar at the event, the same squad with which he is contesting the British Rallycross Championship this season.

Higgins won the second round of British RX at Lydden Hill on Easter Monday and lies second in the standings, but knows he will face stiff opposition against the works-run cars on his World RX debut.

“It’s very difficult to know how we’ll perform at Silverstone, but I’m under no illusions of the task ahead,” said Higgins.

“We’ve got all the big factory teams there, and we’ll be one of the few independent teams, but if we can get a good run and with a bit of luck on our side, who knows where we can be. All we can do is do our best.”

The opening round of British RX in March was the first ever rallycross event to be held at Silverstone, the Northamptonshire venue having taken over the British round of World RX from Lydden Hill from 2018, which was won by works Peugeot driver Sebastien Loeb.

Having already experienced the Silverstone layout, the British round of World RX will mark the first time that Higgins has returned to a circuit in his maiden rallycross season.

“We’ll have the newer car which will be great,” he said. “I didn’t have too bad a showing in the opening British round, setting some competitive times against three of the best rallycross racers in the world, and that was in the older car.

"It will be the first time I’ve gone back to a track for a second time, and just knowing how it all works, the track layout, the start and everything will hopefully help.”

Albatec team owner Andy Scott is hopeful that Higgins can challenge for a place in the semi-finals.

“This is a great opportunity for Mark to race in World RX with the best in the world, where he can gain some valuable experience and get a measure of his performance across the quality entry,” said Scott.

“Hopefully he can showcase what he can do, and we can then gain some momentum to do further World RX rounds this year. We’d like to see him reach the semi-finals, if we can do that, it’s been a good result.”

Belgium World RX: Solberg ahead on Day 1 despite damage

This Week in Racing History (October 3-9)