The GCK-Prodrive tie-up to create a World RX version of Megane RS was announced in early 2017. Following build completion at Prodrive’s Banbury base in the UK, the new car has undertaken recent test sessions behind closed doors, including at Pembrey in South Wales.

The new squad will officially reveal its car at a launch in Paris next week, but is running the new two-litre turbocharged four-wheel drive machine at Silverstone in a testing livery.

“This is really an important day for me, the team has been working really hard for the last two years,” team owner and driver Guerlain Chicherit told Motorsport.com.

“Finally we are here driving on track with the other cars for the first time, so we can have a better idea to see where we are. When you drive alone by yourself for sure you are fast, but when you’re the only one on track for sure you’re the fastest.”

Although technical details about the new machine are being kept under wraps, the car returning to a closed garage between each run, driving duties are being undertaken by Chicherit and teammate Jerome Grosset-Janin.

At the conclusion of the first morning of testing at Silverstone, Grosset-Janin posted the fastest time aboard the new Megane, 0.399s ahead of double World RX champion Petter Solberg’s Volkswagen Motorsport-built Polo.

“Clearly we have the right speed for where we want to be, so it’s really good,” continued Chicherit. “We are just at the beginning of the development so we can clearly see where the potential is.

"With more work and more experience, I think the car can do it. It’s really important for us to be here to really see where we are before the first race, it’s better to know, so we know what to expect in Barcelona.”

Speaking about the secrecy surrounding the technical specification of the new car, Chicherit said: “There’s plenty of stuff that’s trick in the development, innovation that we don’t want to show too early.

"It’s not going to change anything anyway because the season is starting soon and nobody can really change anything on the other cars. If they want to take some ideas that we have on the Megane they would have to build a whole new car.

"We are not really stressed about it, it’s just the fact we have our own partners and people who have been supporting us and we want to give them the privilege to see the car for the first time and explain what we’ve done with the project in Paris next week.”

Team Manager Karl O’Sullivan says initial testing of the Megane has been positive.

“There’s no question about the pedigree of Prodrive, certainly in off road motorsport and more lately with their success in GT racing. The depth of expertise and experience that these guys bring as a unit is just fantastic,” he told Motorsport.com.

“So far testing has been going well. We have more miles to do, we want to give the drivers as much seat time as possible.

"We’ll look at the times and examine where we’re at of course, but as long as the guys are happy and comfortable I don’t think it’s massively representative of what people will be doing in Barcelona.” 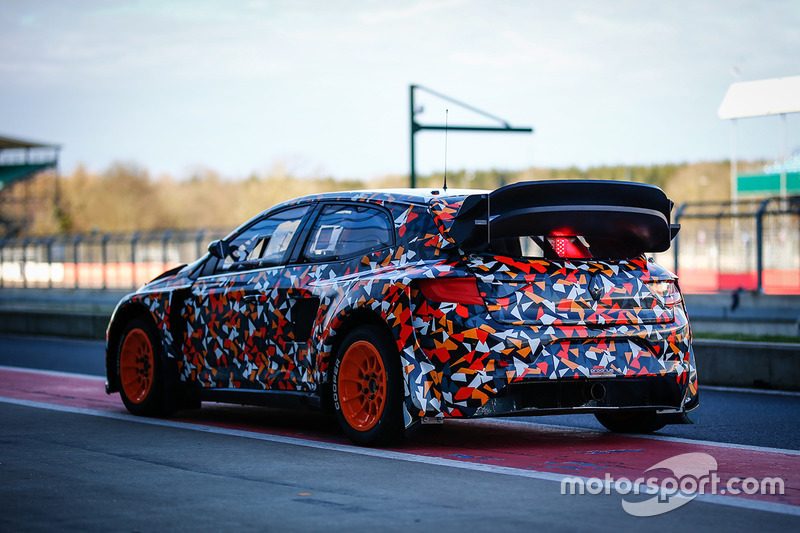