Niclas Gronholm set for return to World Rallycross in 2017 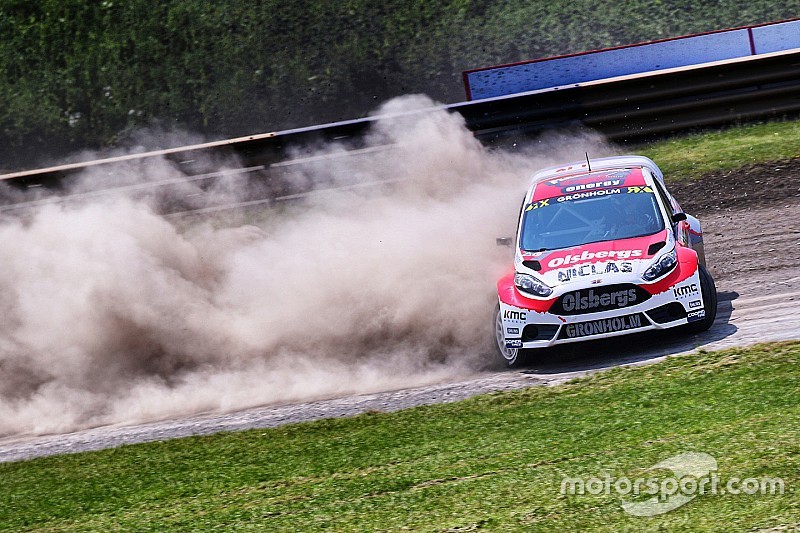 Finnish driver Niclas Gronholm is expected to return to World Rallycross next season despite electing not to contest in Argentina this weekend, where his seat in the OlsbergsMSE team will be filled by Latvian Reinis Nitiss.

His father Marcus thinks that having been relatively inexperienced at the start of this year, Niclas needs to remain in the World Championship to capitalise on what he has learnt this term.

“We knew that it [this season] would be difficult. It was not planned to do World Championship in the beginning, we were planning to do the European,” Gronholm Sr told Motorsport.com.

“Honestly it would have been right for him [to do European Championship]. There he could have been sometimes on the podium and more confident.

"Now he is always just outside the semi-finals. I think we will stay next year for sure. If we will do eight or ten rounds, or the full season, I don’t know.

"But, it would be stupid not to now after a learning season. The tracks and everything have been new for him. He came nearly from the forests straight into the world championship. Next year you can see where the speed is.”

Gronholm Sr thinks his son does have the ability to compete in World RX, and will try to help him over the winter to develop his driving.

“He has been unlucky with the driver draws [this year]. I haven’t counted but many times he has been on the outside for the start, which in rallycross is not good.

"The speed on the track is not so bad. I should maybe be more involved with his driving over the winter. Maybe we could jump in the rally car and do a little bit of something, because he is lacking the car handling in my eyes.

"He needs to play in a car, in a Supercar there is always pressure to do something. We need to give him a chance next year with a good car so that everything is possible, and he can be a bit harder into the first corner rather than being careful.”

The Finn’s have elected to miss the Argentine finale in Rosario to save costs, stating that the focus is now on next season.

“We have a few options for next year,” said Gronholm Sr. “We’re not sure what Andreas [Eriksson, owner of OMSE] is going to do yet.

"We have our own car in Finland which is not exactly the same spec, that could be one idea [to upgrade it to current specification] but we will see. Nothing is decided.”