Peugeot World RX exit not down to results, says CEO 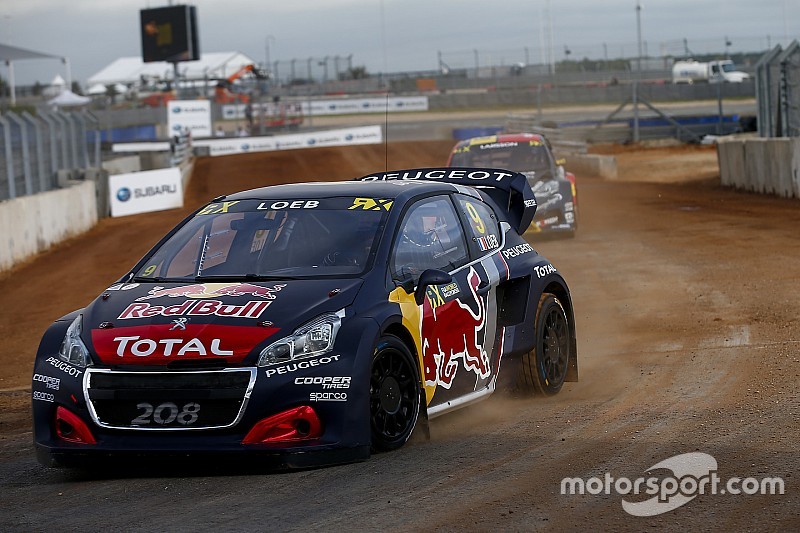 Peugeot’s shock withdrawal from the World Rallycross Championship is not based on recent results in the series, the brand’s CEO has clarified.

The French marque revealed on Thursday that it will withdraw from World RX after the season finale in South Africa next month.

Jean-Philippe Imparato also confirmed that nine-time World Rally Champion Sebastien Loeb, the only driver other than Johan Kristoffersson to have won a round of World RX so far this season, will remain a PSA driver, having raced with Peugeot in World RX since 2016.

The Peugeot CEO went on record on Friday to clarify that the programme is being terminated so the brand can focus on its newly-announced electric SUV endeavors, with the switch to electric cars in World RX having been postponed until 2021 and the deadline for manufacturers to sign up for the series at the end of March 2019.

“I have seen a lot of emotions since yesterday on my Twitter account,” said Imparato. “So I want to give you more keys [sic] to help you understand our decision.

"First, this announcement is not linked with our results in the competition or our pilots. I want to congratulate and thank all the Hansen family and team for the exceptional talent, fighting spirit, determination and for the Swedish kindness they shared with us.

"For Sebastien it's too early to say, but he remains a pilot for PSA Motorsport so we will think about the future with him.”

Imparato says that new European legislation on CO2 emissions has been the driving force behind his decision.

“The decision to stop WRX appears as very brutal, but my mission as a CEO is to make decisions at the right moment to ensure the sustainability of the company and the employees,” he said.

“And the actual context pushed us to react quickly. Last October 3, during the Paris Motor Show, the European institutions decided to tighten up the regulation in Europe with a 40% reduction in CO2 emissions in 2030, on the basis of the 95g already fixed for 2020.

"We have no other choice to be compliant with the new thresholds if we don't want to disappear by inertia. The uncertainty of a future EWRX championship is not compatible with the calendar of our electrified offensive, which is starting now! That's why we are withdrawing from WRX.”

Peugeot says it will now restructure and develop low-emission, high-performance sports vehicles together with Peugeot Sport.

World Rallycross’ Managing Director Paul Bellamy has also responded to the news that Peugeot will join Audi in departing the series this year.

“We are disappointed with the announcement that Peugeot is to withdraw, but respect their decision,” he said. “

"Manufacturers inevitably come and go in motorsports and this is no different. We would like to thank Peugeot for their support of and participation in the series, and wish them every success in the future.”

Bellamy says World RX will continue to push towards an electric switch in 2021.

“We will continue with our rapid expansion plans for World RX and are in continuous discussions with a number of manufacturers as we move towards an electric series in 2021," he said.

Peugeot to withdraw from World RX after 2018