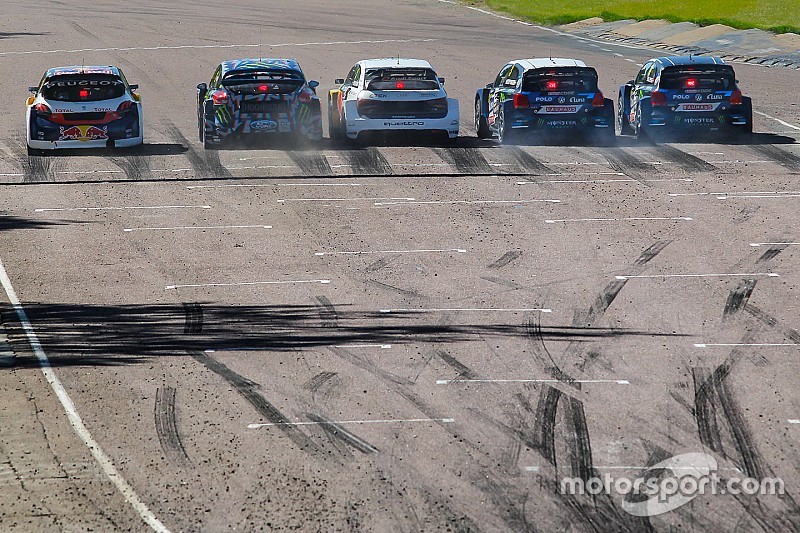 Double DTM champion Timo Scheider is set to join works-backed drivers from Volkswagen and Subaru by competing in the first Americas Rallycross Championship event this weekend at Silverstone.

The event will be held concurrently to the fourth round of World Rallycross Championship.

Former Global Rallycross champions Volkswagen Andretti Autosport has retained its line-up of Scott Speed and former World RX race winner Tanner Foust to race a pair of Volkswagen Motorsport-built Beetle Supercars in the new series, which will be run over four rounds in 2018, joining World RX events in the UK, Canada and the USA.

An additional standalone round will be held at COTA, the first rallycross event to be run at the venue, in July.

Albatec owner Andy Scott meanwhile will compete in the inaugural ARX event, in a Peugeot 208 Supercar. Scott previously raced in the American-based GRC in 2012 driving a Saab 93 Supercar run under the Scott-Eklund Racing banner, in a tie up with rallycross legend Per Eklund.

Following the close of his DTM career, Scheider raced full-time in World RX last season and finished on the podium at the Spanish round with the MJP Racing Team Austria squad.

He will revert back to the team with which he made his rallycross debut in 2015, Munnich Motorsport, to join Rene Munnich in a two-car Seat Ibiza effort for the first round of ARX. Scheider finished fourth in the 2016 Argentine World RX season-finale, driving the same car.

The team has claimed the British Rallycross Championship title for the last two years with Dan Rooke and Nathan Heathcote, also driving DS3s.

Frenchman Philippe Maloigne will complete the line-up for the first ARX round, while former World RX podium finisher Ken Block will join the series in round two at COTA driving a Ford Focus RS RX, alongside former GRC racer Steve Arpin.