Sebastien Loeb’s team ran its brand-new Peugeot 208 Supercar for the first time at the Silverstone World Rallycross test earlier this week, and has declared itself satisfied with the first outing for the new car.

Despite using the same model of Peugeot that team owner Loeb races for the works Peugeot squad in World RX, SLR has developed its own 208 from the ground up.

Following six months of development and just one month of final built time, the 208 ran reliably at the Silverstone test, allowing the squad’s former WTCC driver Gregoire Demoustier to rack up the most laps of any driver across the two days.

A small power steering hydraulic leak was the only issue for the new car, which is based on a chassis created by Onroak Automotive. Like it’s works-built counterpart, the SLR machine uses an Oreca engine and Sadev transmission.

“It was the first test for the car, it came out from the truck and directly you can compare it to the other competitors,” Sporting Director Franck Tine told Motorsport.com.

“Greg misses a lot of experience and mileage compared to the others, of course we have to improve all together but the start is not bad at all. We are quite happy about that because the car is reliable and everything went smoothly.”

The SLR 208 even appears aesthetically different to the other 208s in the series, with different bodywork and rear spoiler, which Tine says is a nod to the French outfit taking its own approach to the development throughout the concept.

“When you start a project you have to do it your own way and not copy. It is built on ideas without watching what others have done and what we felt it was the best solution. It’s a project that started from zero; the goal was to get the best people in each part of the project,” he said.

“That means Onroak who know how to build good cars made the chassis, Oreca for the engine and Sadev for the transmission, then the last part is us, because we know how to run cars.

"It’s not the easy way, it’s been really challenging but to see the car running for the first time is a feeling that you cannot have with a customer car. Everybody was a bit emotional because our mechanics worked day and night to get to Silverstone.” 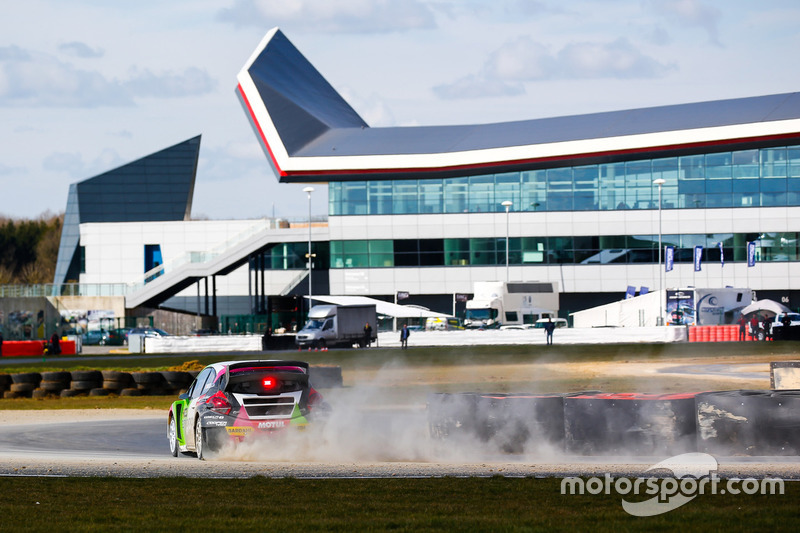