Silverstone has revealed its new rallycross circuit that will host the World Rallycross Championship in 2018.

The kilometre-long layout, based around the British Grand Prix venue’s Stowe circuit (pictured above), was unveiled at an event on Tuesday.

Several of the series’ star names in attendance to try it for the first time, including two-time World Rallycross Champion Petter Solberg.

“It’s good," said the Norwegian. "I like it. The jump’s going to be a really big one.

“The one thing they’re missing is a long, long corner on the gravel. We have 600bhp with these cars and we need to see that power being used.

“There’s also a lot of gravel here, but I like that – we’ve got plenty of circuits already with maybe too much asphalt.”

The agreement between World RX promoter IMG and Silverstone was made at the start of the season, and comes at the expense of rallycross’s oldest venue, Lydden Hill.

The last World RX round ran at the Kent track last weekend – won by Solberg.

“We need to be at a facility that can house us and that’s Silverstone. What we’re putting together here is something quite different to what we had at Lydden.

“Next season’s SpeedMachine Festival will include a concert with headline music acts on Saturday night, the use of the F1 campsite and in the Wing we’ll create a whole e-gaming area for kids and young adults who wouldn’t necessarily come and watch a World RX round.

“On top of that, we’ll be able to offer manufacturers the opportunity to show their cars off on the Formula 1 circuit.

“But the best part is that, right at the heart of this, we’ll have a world-class motorsport event. We couldn’t have hoped to have achieved this at Lydden.” 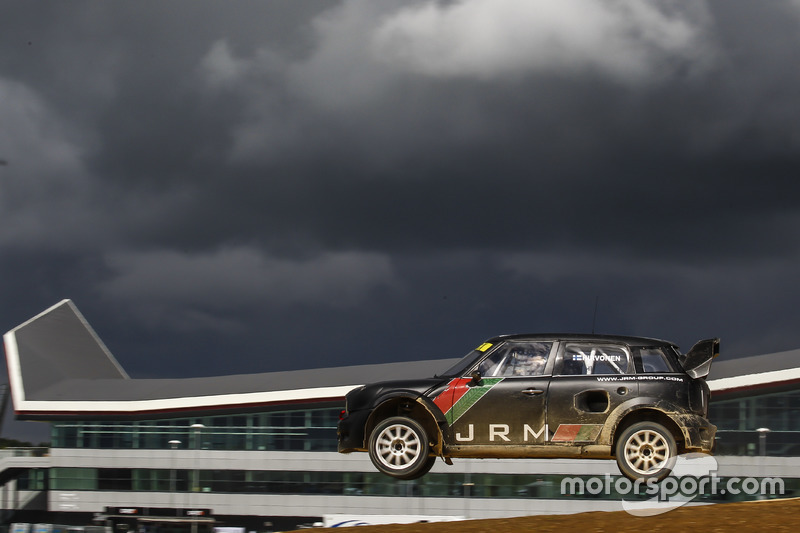 Silverstone’s sporting director Stuart Pringle said he looked forward to seeing the Northamptonshire venue being used on another weekend of year.

“This is another step for Silverstone,” he told Motorsport.com. “We’ve never had a rallycross circuit before and we’ve got this one built one year out from the event so we can work on it, listen to what the drivers want and make any changes necessary.

“We’re very excited to have World RX here, but like Paul said, this SpeedMachine Festival weekend will be about so much more than just the racing – it’s a genuine weekend for the family with something for everybody.

“But the beating heart of that weekend will be rallycross and we’re really pleased with the circuit we’ve built.”

Solberg added: “I was sad to leave Lydden, I love that place, but we have to look to the future. What’s important is that World RX of Great Britain doesn’t become too posh. It’s rallycross, let’s remember that.”