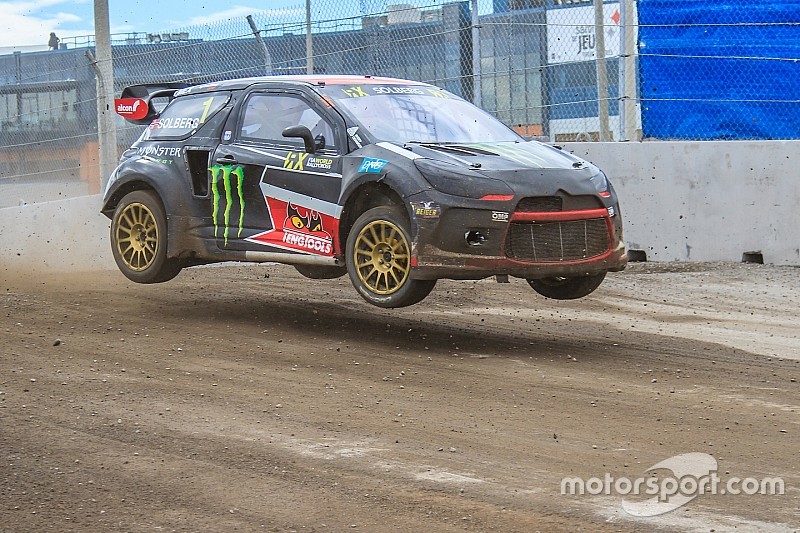 World Rallycross Championship leader Petter Solberg escaped serious injury at Trois-Rivieres in Canada, despite being involved in a heavy accident after the finish line of the World Rallycross finals, on Sunday afternoon.

Following a poor start from pole in the final, in wet conditions, Solberg had a race-long battle with Volkswagen RX Sweden driver Anton Marklund, the Norwegian eventually finishing fifth after a last lap pass for the position.

However, after the cars had crossed the finish line, Marklund suffered a freak front brake failure on his Volkswagen Polo RX Supercar, sending him sliding into the into the rear of Solberg’s slowing Citroen DS3 at speed.

Solberg was taken to a nearby hospital from the scene as a precautionary measure, but was discharged and returned to the venue after the event.

“That didn’t go to plan in the final for sure. The data shows that Marklund hit me from behind doing around 140kph and I was travelling at about 35kph,” said Solberg.

“I could see [race winner, Timmy] Hansen celebrating so I slowed down, and then there was just a huge impact from behind.”

Both cars suffered extensive damage in the impact. “I went to get checked out at the hospital and I’m okay, but very, very sore.

"The car did not fare quite so well. It’s in a massively bad condition now and my team has a huge job to get it ready for France.

"It’s such a shame, we scored maximum points in three of the qualification races, and I won the semi-final, but now we have to work like hell to make the start in Loheac.”

Despite the accident, Solberg overtook Mattias Ekstrom in the World RX Drivers’ Championship points table, the Swede retiring from his semi-final with a puncture while leading and set to join Solberg on the front row of the final.