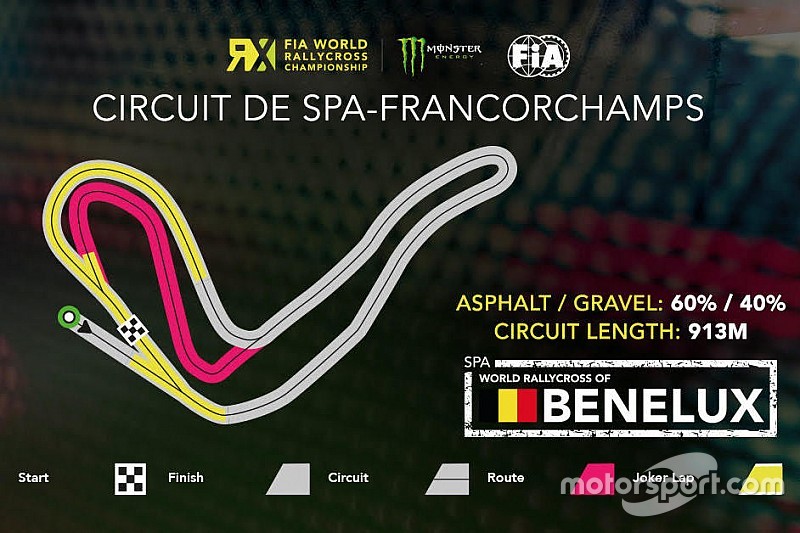 The circuit layout for Spa’s new World Rallycross course has been revealed.

The start line for the new 913-metre track will be located on the outside of the Formula 1 circuit, with the first corner a left-hander running on to the Grand Prix track after a short straight on gravel.

Cars will then travel through Eau Rouge, before climbing up to Raidillon, where a left-hand hairpin will take the track back down the hill towards Eau Rouge, then turn right back off the F1 layout towards the main loose section.

The gravel section will feature a banked corner, as used at Travis Pastrana’s Nitro Circus rallycross course at Utah Motorsports Park last year, and include two jumps, which, according to a Spa statement, “will allow the drivers take on various racing lines that are bound to result in a breath taking spectacle".

The joker lap will split from the main course before the start of the second loose section, and run around in the inside of the primary circuit until the exit of the final corner.

Spa will host the third round of World RX this year on May 11-12, having taken over from the Mettet track, which was introduced in 2014.

The event will follow the model of Silverstone’s Speedmachine festival, with a number of activities taking place alongside the World RX event. 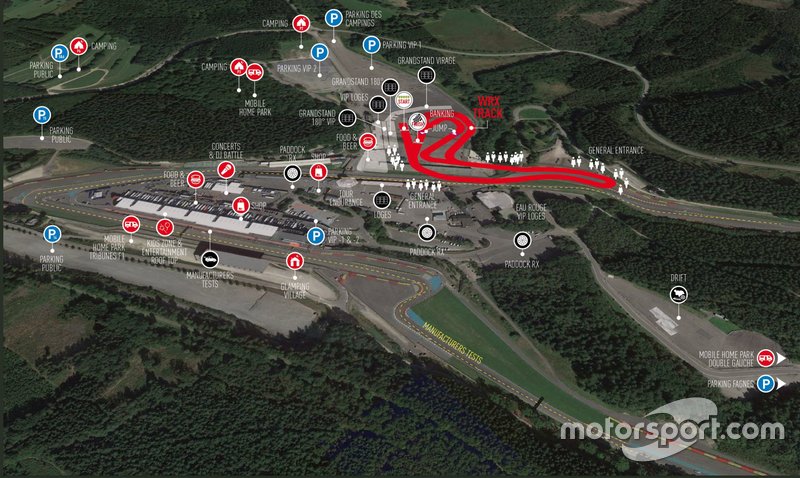