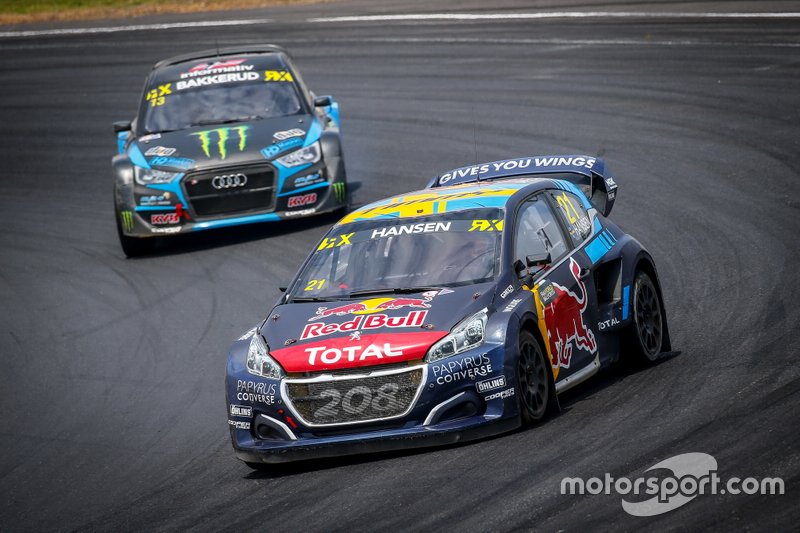 The World RallyCross Championship's electric era will start at Norway's Hell track on 13-14 August after delays to allow teams to ready their new cars.

Johan Kristoffersson won the first round of the FIA World Rallycross Championship's double-header at the Nurbugring while championship leader Timmy Hansen was disqualified, trimming his deficit to just four points.