Why Ken Block matters. A lot. 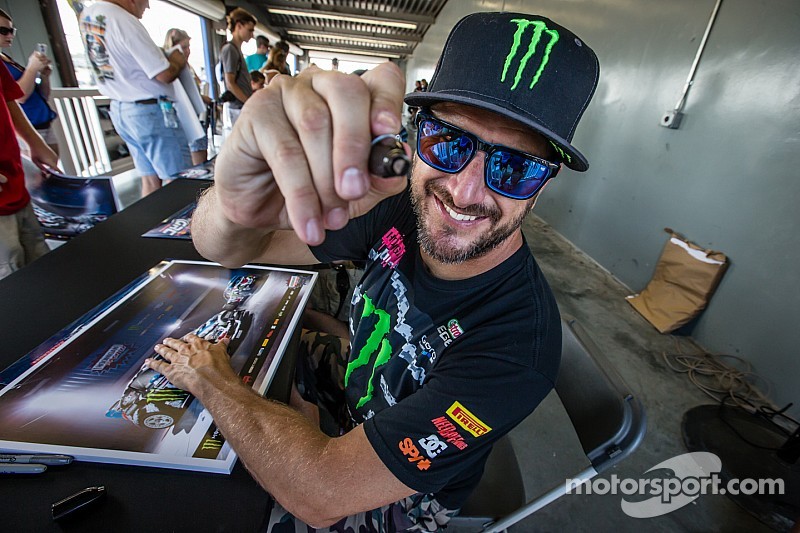 The YouTube Hoonigan is helping to make racing cool again.

Like the world, one day Ken Block was just there.

No real advance publicity or explanation, and certainly no precedent. The world was created, and then there was Ken Block, as though he didn’t exist on a Wednesday, was an automotive and motorsport sensation on Thursday.

Consider this: On YouTube.com, just one video, “Ken Block’s Gymkhana Five: Ultimate Urban Playground, San Francisco,” has generated 67,069,875 views. And he has a lot more videos, with hundreds of millions in total views. On Facebook, he has 5,116,841 likes.

Not that long ago, a racer would have had to win the Daytona 500, Indianapolis 500 and Grand Prix of Monaco to generate that level of notoriety. But Block hasn’t won any of those races. Before he became a certified phenomenon, he hadn’t won any race you have probably heard of, except for one: The race to prove that the internet in general, YouTube in particular, can make you a superstar. You just need a lot of color, flash, derring-do and some spectacular driving stunts.

Since then, plenty of people have tried to copy his success, with varied levels of accomplishment. Multiple kids have videotaped themselves jumping their uncle’s 1978 Chevrolet pickup off a plywood ramp, and they get a lot of hits, but follow-up is a problem, as it is hard to capitalize on success while you are spending three months in juvenile detention, or the hospital, or both.

Block is a genius at follow-up. He keeps himself in the limelight but is never over-exposed; always, his fans are wanting a little more.

So where did Block come from? He’s 46, from Long Beach, California, now lives in Utah, and has a wife named Lucy. He competed in conventional stage rally, where many excellent drivers have long raced in unfortunate anonymity. He was, and is, good, but a second-place season standing in 2006, plus being co-founder of DC Shoes, does not make you a star.

But now, he is, not only from videos, but from a race series that seems almost created for Ken Block: Global RallyCross. Or more specifically, Red Bull Global RallyCross, as the company with arguably the most youth-savvy marketing program in the world recognized the value of RallyCross in general, especially if Block is part of it. He competes in other RallyCross series, but the Red Bull GRC is becoming a real home. He is its biggest star, despite the participation of younger drivers like ex-Formula One racer Scott Speed, or X-Games sensation Bucky Lasek, or TV presence Tanner Foust.

Like his videos, Red Bull GRC is filled with color, flash, derring-do and a lot of spectacular driving. “I think the format of the racing itself is very exciting,” Block told Motorsport.com. “The excitement comes in simple bursts, rather than having to watch a race for hours and hours. It’s sort of like Supercross. With qualifying heats and semis,” he says, you don’t have to sit forever between breaks.

It also gives us an opportunity for great content, which helps us feed this machine that is social media.

“It also gives us an opportunity for great content, which helps us feed this machine that is social media. This sort of racing is very exciting -- it makes for good photos, for good videos, and there’s some great, competitive action to watch. I really enjoy it myself, and it’s easy to pass that enjoyment along to fans.”

This despite the fact that the races are not drawing huge numbers – the debut at Daytona International Speedway, for instance, had fewer than 5,000 fans, which Danica Patrick can pull in with an autograph signing. Block, incidentally, was second to another conventional rally star, Rhys Millen, 42.

But Red Bull, as well as Daytona International Speedway President Joie Chitwood, recognize that these were 5,000 of the right fans. “I like what this series is doing,” Chitwood says. “And I want to have them back.”

And why is this so important? Because these were 5,000 fans who well may have never been to a motorsports event. Racing’s crowd is aging. Young people lack the passion for things automotive that previous generations had in spades. So many teens now could care less about the new Ford Mustang, compared to the new iPhone or PlayStation.

Arguably no one person is working harder to make cars and racing cool again than Ken Block. And that’s why he’s so important.