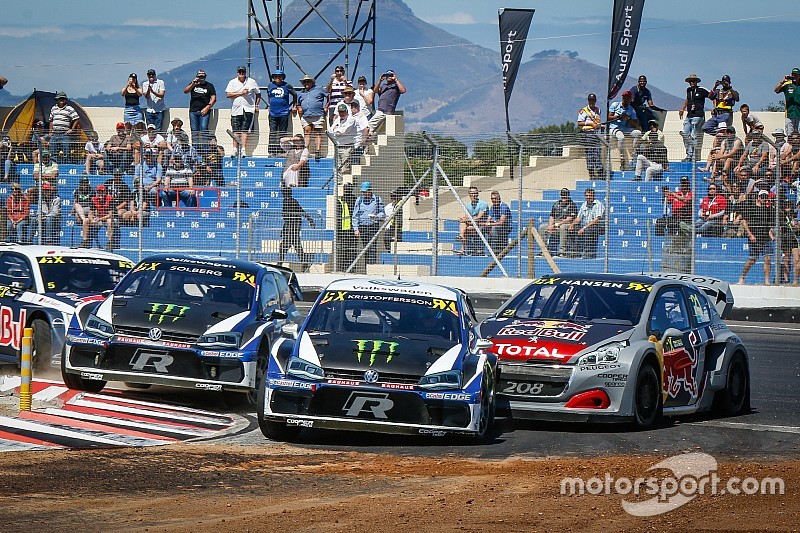 The World Rallycross Championship has announced a new electric series called Projekt E after plans to switch World RX to electric cars for 2021 were extinguished.

Motorsport.com broke the news last week that World RX won’t be switching to electric cars in 2021, after a manufacturer vote on the March 29 deadline for the EWRX concept failed.

Plans to introduce electric cars to World RX were revealed in August 2017, before the EWRX agenda for the discipline’s top category was revealed last February, with nine manufacturers said to be in talks with series promotor IMG and the FIA.

Following the news that EWRX now won’t begin from 2021, the World RX promotor has announced a new series that is expected to start next year and will run alongside the current World RX category.

“It’s obviously been our intention together with the FIA to have an electric element of the sport,” World RX Managing Director Torben Olsen told Motorsport.com earlier this week.

“We’ve come together, put plans on the table and worked very closely with the manufacturers. This [EWRX not happening] is just a result of them not being ready for 2021 which is obviously a shame.”

In the announcement on Tuesday, Olsen stated that IMG intends to continue with its electric strategy next year, but further details about the new Projekt E series are yet to be announced.

“IMG has pledged as far back as 2017 that electrification would be part of the of World RX weekend. Today we can confirm our intention to deliver on that objective,” he said.

“Our aim is to showcase future mobility and relevant technologies in the tough, competitive environment of rallycross with production-based vehicles that consumers can relate to.

"We believe that Projekt E is a positive step forward to deliver on our 2017 pledge. Projekt E enables us to embrace emerging technologies, remain relevant, and show that electric cars are fast and fun.”