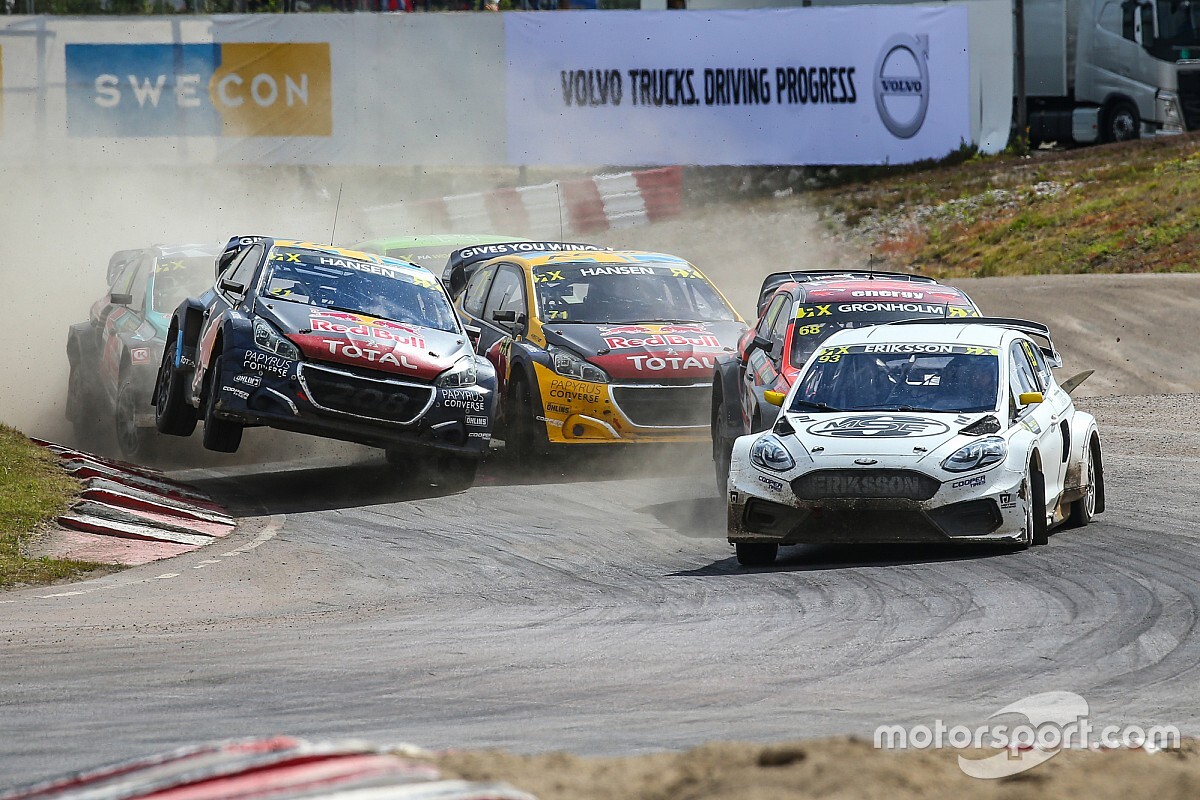 The World Rallycross Championship will feature a trio of double-header events to get its revised 2020 season underway, while the new Finnish round has been officially launched.

The first three events of the rescheduled campaign, that was confirmed by the World Motor Sport Council on Friday, in Sweden, Finland and Latvia will all double-up to host individual points-scoring rounds on both Saturday and Sunday, instead of the traditional single event run over two days format.

World RX promoter IMG had already announced plans to run a double-header at in Abu Dhabi as the revised schedule’s penultimate weekend, on the Friday and Saturday of the UAE’s round in October, but it’s now understood that the Yas Marina circuit will host a single round.

Other events in Belgium, Portugal, Spain and Germany will continue to host conventional single rounds, to make up a 11-round calendar.

The changes were revealed in conjunction with the launch of the new Finnish round which will be organised by multiple European rallycross championship winning team and the operations arm of Marcus Gronholm’s World RX squad, SET Promotion.

Finland’s return to World RX for the first time in six years will be held behind closed doors at the Kouvola Circuit, and shown on Finnish broadcaster Yle’s free-to-air channels.

“I’m delighted that we can add events in Finland,” said World RX boss Paul Bellamy. “Everything from the initial idea, to getting a contract, has taken just a few weeks and illustrates the best kind of lateral thinking and cooperation from the event organiser, our World RX competitors, the IMG World RX team and the FIA to recognise an opportunity and make the most of it.”

A World Rallycross statement said that it would be up to the local authorises for each event to determine if spectators would be allowed to attend, stating: “All events in 2020 will run within the prevailing national health and safety requirements for mass gatherings and individual event organisers will provide information on spectator attendance closer to their race date.”

Event Manager of the new Finnish round, SET Promotion’s Sami Puumalainen said: “It's fantastic that Finnish motor sport expertise is so trusted in the world and we have the opportunity to organise a World Rallycross Championship race in Finland this summer. We have been able to create the package on a tight schedule, thanks to the help of professional people and good partners. Our main focus is to organise a great event for the competitors, and at the same time to take care of the safety of the participants, with all the necessary restrictions.”