A new rallycross circuit at the Nurburgring will feature in the 2020 World Rallycross Championship. 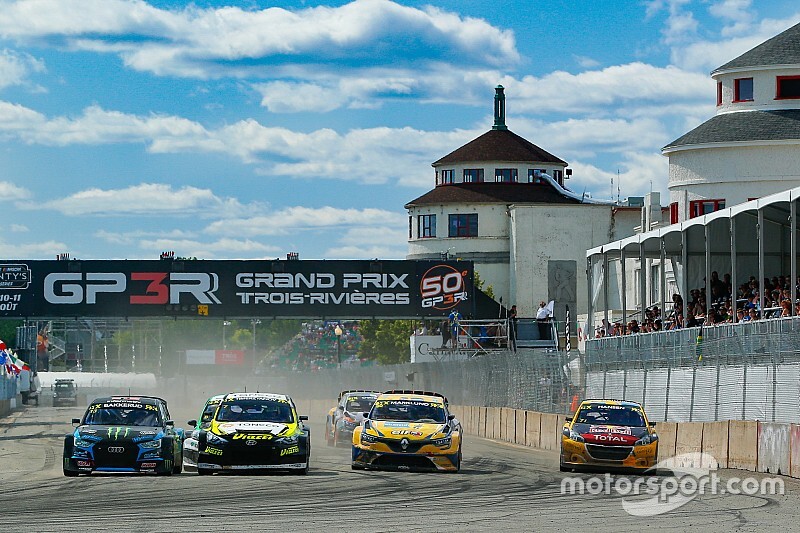 The calendar was announced following an FIA Off-Road Commission meeting on Wednesday, and currently doesn’t include the British round at Silverstone or the Canadian round at Trois-Rivieres. There are however two TBC’s on the 11-round schedule.

The Nurburgring previously held Internations Cup rallycross events in the early 1990s, and will be the third German circuit to host World RX, following rounds held at the traditional Estering venue and Hockenheim.

The new circuit will be constructed in the Mullenbachsleife area of the Nurburgring's layout.

Having debuted in the series this year, Abu Dhabi remains on the calendar for a second term, but has been moved from its season-opening 2019 slot to be run next year just two weeks ahead of the final round in South Africa, which was announced recently.

World RX will return to Barcelona's Formula 1 circuit for the season opener, a position it held prior to Abu Dhabi taking the round one slot this year, while the series will also return to Portugal for round two after a year away from the Montalegre venue, as was confirmed by Motorsport.com recently.

Spa-Francorchamps will hold round three for the second year in a row, on May 16-17, but missing from the schedule however is the British round at Silverstone, which was introduced as a new venue in 2018 after a switch from Kent circuit Lydden Hill.

Of the two TBC rounds, the first on July 18-19 clashes with the British Grand Prix. Should the British round of World RX be dropped from the calendar, 2020 will mark the first time FIA rallycross, either European and World Championship, has been absent from the UK since 2009, when the European series returned after a 10-year hiatus.

The Canadian round at Trois-Rivieres looks unlikely to run in 2020, having been part of the World RX schedule since 2014. In previous years, World RX has had a pair of month-long breaks each side of the North American event in early August, to allow for cars and equipment to be shipped across the Atlantic. But the Nurburgring event is set to take place on August 1-2 next year, and the first TBC round is two weeks earlier.

The Norwegian round at Hell (June 13-14), Swedish round at Holjes (July 4-5) and French round at Loheac (September 5-6) maintain traditional locations in the schedule, while a second TBC round is on 19-20 September, where the Latvian round in Riga was previously placed. The Latvian event has been in doubt due to a lack of commitment from the Latvian government to back the event.

The TBC events are expected to be announced following the next FIA World Motor Sport Council meeting.

World RX to return to Portugal in 2020