Rally de Portugal (29 March - 1 April) is regarded as the most technically difficult gravel round of the season as narrow tracks, blind crests and trees and stones lining the roadside leave no room for error. Organisers have made this year’s rally even tougher by introducing new roads, night-time competition and extending the competitive distance by almost 13 per cent. 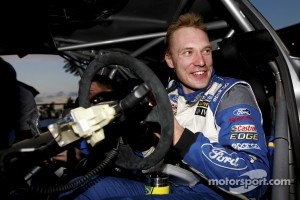 Given Mexico’s standing as a specialist event due to altitude, Portugal represents the first traditional gravel rally of the kind which comprise the bulk of the championship. It is regarded as the truest form guideline so far, and offers Ford’s Jari-Matti Latvala and Miikka Anttila and team-mates Petter Solberg and Chris Patterson the opportunity to lay down a marker for the six loose-surface rounds to come.

After being a regular fixture since the WRC was launched in 1973, Rally de Portugal dropped out of the series in 2002. It was reborn in 2007 with a new home in the Algarve holiday region on the south coast and has quickly developed into one of the most popular rounds.

This fourth round of the season is based on the edge of Faro, with most of the competition in the hills above the town, mixing fast, open roads with technical sections on hard, abrasive tracks. Thursday afternoon’s start ceremony is in Lisbon, after which drivers tackle three tests in darkness which have been planned on higher, open ground to combat the threat of hanging dust in the still evening air.

“We prepared for the night stages by driving in the dark at our test this week,” said Latvala. “I drove 48km on Wednesday and that really helped for what could be a crucial part of the rally. It depends on the weather, but hanging dust could be an issue and three-minute intervals between cars may not be enough to allow it to clear. It’s on the limit, and the organisers may have to consider four minutes.

“It’s difficult to say now if we should be first in the start order, or brave enough to run further back. First would ensure a clear run, but the disadvantage would be the slippery loose gravel on the road surface which would be cleared if we start lower down. The important thing is to ensure we do well in qualifying so we’re in a position to make that choice. Then it’s in our own hands.

“It’s hard to follow the rhythm of the roads in Portugal. There are many new roads in Friday’s leg so we must concentrate hard when making our pace notes in the recce. I had a fantastic feeling with the car in Mexico. It was disappointing not to finish, and that’s brought a little more pressure, but the confidence gained from our speed is a real boost for the gravel rounds to come,” added Latvala. 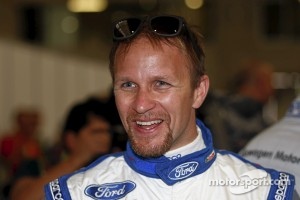 Twenty-six-year-old Latvala has a best result of third last year from his four starts in Portugal, while Solberg’s best result is second when the rally was held in the Algarve for the first time in 2007.

“Portugal is a good rally and I’m hungry for success there,” said the 37-year-old Norwegian. “I’m third in the drivers’ championship so I feel positive and I had a good test in Portugal this week. I drove for 220km and made a few more improvements to the set-up of my car. I know from the last round that the Fiesta RS WRC is fast on gravel, so hopefully these improvements will make it even better.

“It’s a long rally and I want to be a little calmer at the beginning than I was in Mexico. I made a couple of early mistakes there and I don’t want to repeat that, so it’s important I don’t try to achieve too much too soon. There’s plenty of kilometres in which to make my move without trying to do it in the first 40km,” he added.

- Michelin’s Latitude Cross gravel tyre will be used by the Ford drivers and will be available primarily in hard compound. However, new for 2012 regulations mean that for the first time drivers will also have a small allocation of soft compound rubber available if conditions are wet and muddy. Teams are not allowed to hand-carve additional cuts into the tyres and each car can carry two spare wheels. 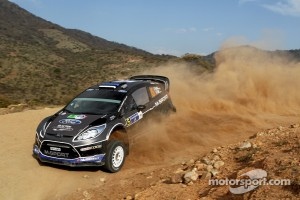 - The rally marks the third round of the SWRC support series and Craig Breen / Gareth Roberts top the standings in a Ford Fiesta S2000. It is also the opening round of the FIA WRC Academy, the sport’s training programme for young drivers, which is supported by Ford and promoted by M-Sport. Ten drivers will tackle three days of competition in Ford Fiesta R2 cars.

- Both Jari-Matti Latvala and Petter Solberg will compete in the WRC Fafe Rally Sprint in Portugal on Saturday afternoon (24 March) at the wheel of Fiesta RS WRCs. This appetiser for the rally will be broadcast live on Portuguese television and the 30 entrants will tackle three passes over a 6.34km section of the iconic Fafe stage, near Porto. The much-photographed jump, which attracted massive crowds when the stage was used in the world championship rally, will feature in Saturday’s sprint.

Although the route covers familiar territory in the Serra do Caldeirão hills above the Algarve, more than 25 per cent has not been used before and almost 36 per cent is new from 2011. Estádio Algarve, built on the edge of Faro for the 2004 European Soccer Championships, is again the base and hosts the single service park. Thursday’s start ceremony and opening speed test is 300km north alongside Lisbon’s Jerónimos Monastery, a UNESCO World Heritage Site, before drivers return to Faro via three night-time tests in the Alentejo region. Friday’s action north-east of Faro provides most of the new roads. The last two days, held further north, are virtually unchanged from last year, except for Sunday’s short Sambro test. The second pass forms the Power Stage, with bonus points on offer for the fastest three drivers. Competitors tackle 22 stages and 434.77km in a route of 1564.26km.