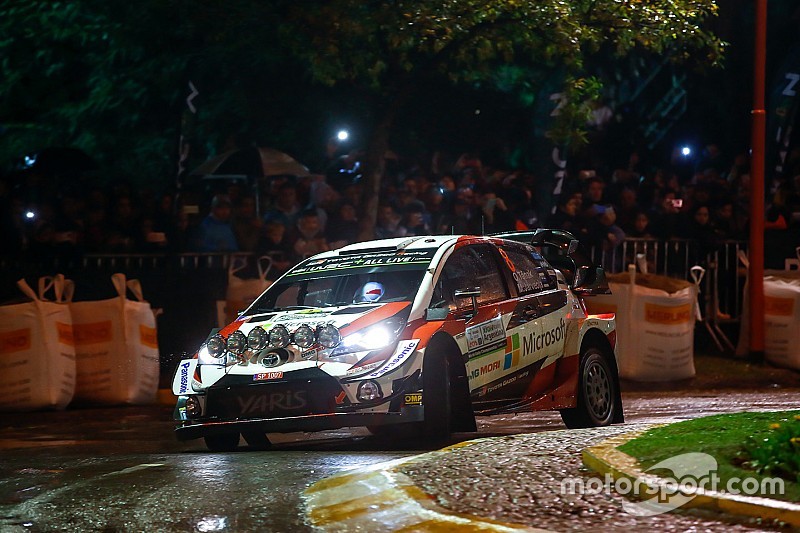 Toyota’s main title contender followed up his fastest time in shakedown with the best time on the short 1.18-mile blast around the host city’s streets, which took place in damp conditions.

Jari-Matti Latvala suffered a bizarre moment only a few seconds into the stage, when a dog ran towards the path of his Toyota Yaris. Though the Finn was “a bit disturbed” by the stray animal, his time loss was minimal, ending up tied with Dani Sordo's Hyundai for sixth.

Behind eighth-placed Esapekka Lappi was M-Sport pairing Elfyn Evans and Teemu Suninen, who spun late on after taking an aggressive cut over the middle of a grassy roundabout.

Three-time European Rally champion Kajetan Kajetanowicz had been fifth fastest at the midway point despite driving a less powerful R5-specification Volkswagen Polo GTI, but spun at the same roundabout as Suninen, forcing the Pole into a three-point turn.

Instead it was Toyota protege Takamoto Katusta that was fastest of the WRC2 contingent, 0.3s off Suninen’s time and 0.8s ahead of WRC2 Pro leader Gus Greensmith.