Hyundai will take Craig Breen to Rally Australia in place of Andreas Mikkelsen for the final round of the 2019 WRC season. 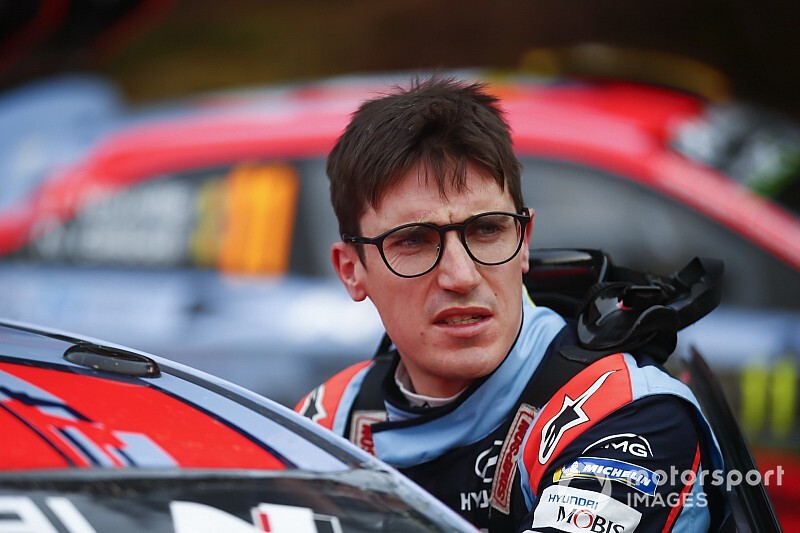 The Australian round is key for Hyundai as it chases a maiden WRC manufacturers' title, and the Korean marque will arrive 18 points clear of Toyota.

Mikkelsen, who won the Coffs Harbour-based event three years ago, had initially been the preferred option for Hyundai, but an amended entry list reveals Breen and his co-driver Paul Nagle will drive the #18 i20 Coupe WRC.

Breen, who joins fellow Hyundai drivers Thierry Neuville and Dani Sordo for the rally, ran well in New South Wales last season and says he is looking forward to avenging what he saw as a potentially strong final event for Citroen in 2018.

"The whole rally went upside down for me," said Breen. "I lost every bit of feeling I had [from the Citroen C3 WRC]. I made a mistake on Saturday midday and then it started to rain on Sunday and things just unfolded from there.

"Things were going really well, we were second on Friday night, then we had an issue with the throttle, I overheated the brakes and melted the tyres, took a wheel off. It all fell apart. I really want to go back and finish that rally with some good memories."

Motorsport.com has approached Hyundai for comment on the decision to replace Mikkelsen with Breen. The move raises questions over Mikkelsen's future as he recently split with his management team and has no firm contract for next season.

Evans tipped to replace Tanak at Toyota in 2020