A bird in the hand may well be worth two in the bush, but young British rally hopeful Louise Cook, is letting all of her shiny, hard-earned birds go for a chance join rally racing’s biggest stage.

Needing to raise money to participate in the Brother Rally New Zealand in order to avoid a career-killing fine of 60,000 British Pounds, Cook is selling all of her trophies on eBay in order to raise the necessary funds for the June 22-24 event. 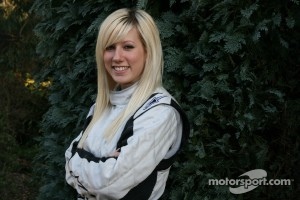 “It is a bit extreme to some, but there is only one trophy I want in my collection and that is the World Rally Championship Trophy,” Cook said. “If I have to trade my trophies right now to get where I need to get to, then I am willing to accept that. They may even be worth a lot of money one day!”

It would be my rally career over in an instant. There is no way I could pay that sort of fine and I cannot let the situation happen.

The trophy sell-off is of vital importance to Cook’s blossoming career due to series rules. Rules state that if a driver missed an event that they nominated themselves for at the beginning of the year, they are excluded from the remainder of the WRC calendar, and fined for each of the following races that they will miss. In Cook’s case, she would miss four events and would be required to pay a 60,000-pound fine.

“It would be my rally career over in an instant,” lamented Cook. “There is no way I could pay that sort of fine and I cannot let the situation happen. It was a brave step, maybe too brave,” admitted Cook. “But I believe you can only go for things whole heartedly and give them everything to make them work.”

The rules of the WRC mean drivers must nominate their rounds at the beginning of the year. Louise chose only one of the long haul rallies from the three available on the calendar in order to minimize the cost and to maximize the time between Monte Carlo and her second round to build a window to bring in the required sponsorship.

Cook is currently in fifth place in the P-WRC standings in her Ford Fiesta and her third-place run in Monte Carlo made her the first woman ever to earn a P-WRC podium finish.

If you would like more information on how you may be able to help Louise, email louise@rallyteamgb.com or visit www.cutecookie.co.uk

WRC not expecting new manufacturer until 2024

Cook is against the clock to reach her goals