CitroÃ«n ready to challenge for the 2003 World Rally championship. In 2003, CitroÃ«n will compete in all 14 rounds of the World Rally Championship, starting in one month's time in Monte Carlo. The CitroÃ«n - Total team will enter 3 Xsara WRCs for ...

Citro?n ready to challenge for the 2003 World Rally championship. In 2003, Citro?n will compete in all 14 rounds of the World Rally Championship, starting in one month's time in Monte Carlo.

Young S?bastien Loeb, co-driven by Daniel Elena, became an official Citro?n driver in 2002 after winning the French and JWRC titles. In his very first season in the WRC, he also won the Deutschland Rally.

Colin McRae, co-driven by Derek Ringer, has recorded the highest number of wins in WRC history. Naturally gifted and versatile on all surfaces, Colin brings his valuable experience in rallying to the team. 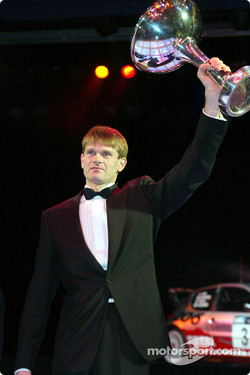 Two times World Champion, and third this year in the Championship classification, Carlos is a true rally professionnal, always battling hard for victory.

Marc Marti, his new co-driver, benefits from both his experience of the Citro?n team (formerly Jesus Puras' co-driver) and also of the WRC.