Citroen appears to be stepping up efforts to secure a 2019 WRC driver line-up that includes Sebastien Ogier, Esapekka Lappi and Craig Breen.

Discussions with Ogier about a potential return to Citroen have been ongoing for weeks, but talks with Toyota driver Lappi are understood to be escalating.

While five-time WRC champion Ogier - currently at M-Sport Ford - remains Citroen's primary target, failure to land him would place an even greater emphasis on signing Lappi.

The Finn's manager first met with Citroen team principal Pierre Budar in June and 27-year-old Lappi is understood to have visited the factory to inspect Citroen Racing and the C3 WRC last month.

In addition to the Citroen interest, Toyota team principal Tommi Makinen has made Lappi an offer for next season and reiterated his desire to retain last year's Rally Finland winner alongside Jari-Matti Latvala and Ott Tanak into 2019.

"Esapekka is doing his job and performing as well as possible for Toyota, his employer at the moment," Veiby told Motorsport.com.

"I can confirm we have received an offer from Toyota and we are in discussions with other teams about next year, but we have not signed anything."

Citroen's current drivers Breen and Mads Ostberg are both out of agreement at the end of the season and both are working to extend their stay in a C3 WRC.

Breen's year started well with second in Sweden, but he then had to miss two rounds to make way for Sebastien Loeb and has since suffered myriad issues early in rallies.

Citroen insists it has signed no deals for next year and does not anticipate making any announcements in September.

A spokesperson told Motorsport.com: "Nothing has changed. Talks are still going on." 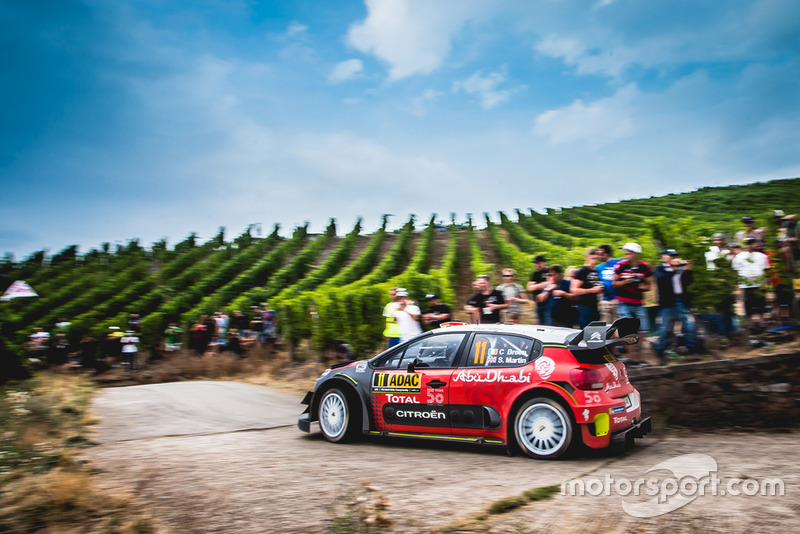