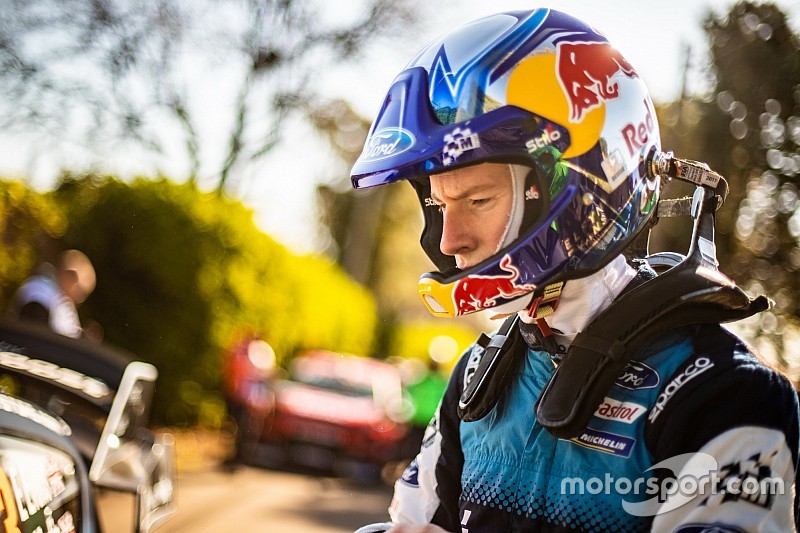 Tour of Corsica stewards have returned Elfyn Evans to the lead of the rally after he lost time catching Kris Meeke in the final Friday stage.

Evans took the lead of the Bastia-based rally on the first stage of the afternoon and looked set to remain out front overnight.

But the M-Sport Ford World Rally Team caught Meeke’s ailing Toyota around two miles from the finish of the Alta-Rocca test.

The road narrows towards the end of the test and Evans was unable to find a way past Meeke, who was unaware the Welshman was trying to get past.

Evans stopped the SS6 clocks 10s down on Ott Tanak, which would have meant him starting Saturday five seconds behind the championship-leading Estonian.

Having viewed onboard footage from Evans’ Ford Fiesta WRC, the stewards have credited Evans with the same time as Tanak.

Evans leads Tanak by 4.5s at the end of day one.

M-Sport team principal Rich Millener told Motorsport.com: “We asked the stewards for Tanak’s time and that’s what we’ve got. There’s no feeling that Kris did this on purpose – Elfyn said that at the end of the stage. It’s just one of those things.”

Meeke, who was slowed through the stage due to rear suspension damage, immediately apologised to Evans at the stop line.

He said: “Seb [Marshall, co-driver] and I had a conversation at the start and thought Elfyn would get a three-minute gap behind us. I’m sorry for Elfyn, I don’t want to get involved in the race for the lead.”

Tomorrow’s second day of Tour de Corse takes the crews into one of the longest leg’s of the season with 108 competitive miles in six stage.

Saturday also contains the event’s longest test – the 30-mile Castagniccia stage – with some feeling a particularly broken and gravelly section in the middle could prove decisive in the outcome of the event.

Evans will start last of the World Rally Car runners, courtesy of start order regulations which reverse the classification on the road through Saturday and Sunday.