Fourmaux crashed out on stage 3 when he clipped a bank on a tight left hander, sending his Ford Fiesta into a slow roll that resulted in the car landing on top of an armco barrier leaving the Frenchman perched perilously on a mountain slope.

The car has returned to the Monza service park with damage to the front, windscreen, drivers’ door and right front toe link, which is expected to be repaired in time for Fourmaux to return to action under restart rules tomorrow.

The accident was attributed to a soft/hard tyre choice made by Fourmaux, to tackle the damp asphalt roads, which forced him to cross hard and soft compound tyres on his car. Fourmaux and co-driver Alexandre Coria were unharmed in the crash.

“We will be back tomorrow,” Fourmaux, who had been fighting over fifth position, told Motorsport.com.

“The bonnet, the door, the windscreen and the toe link [repaired] and we will be back out.

“Honestly the impact was quite soft and quite slow so it was a small slow roll.”

“The thing is if it was a good tyre choice then we are the only one to have them. but I was quite surprised to see the hard tyre working well.

“For me with my experience the hard in the damp conditions you need three or four corners to warm up the tyres each time, maybe that is coming from my last manufacturer of tyres, but it looks as though it was working well with the Pirellis. 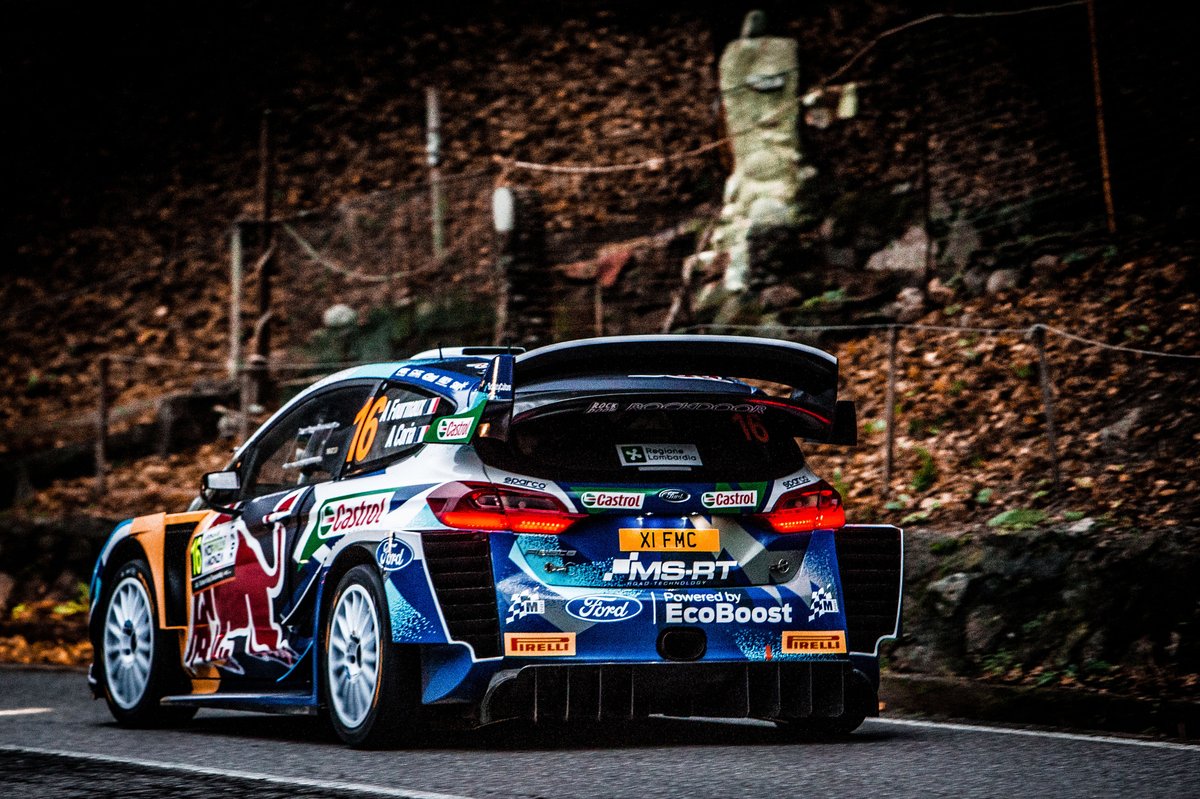 “I crossed the tyres to save some time but the car was really reactive on the right corner and really slow on the left, as the soft was overheating. It was small right and left [corners] and when I took the right it pushed me in and then the left pushed me wide onto the loose and it was gone.”

Fourmaux admitted that today’s accident will be a lesson learned for the future when it comes to decisions on tyre compounds.

“Apart from the tyre choice it was just a good lesson because I know that it is difficult to drive with the cross,” he added.

“For here, I definitely didn’t like driving with the cross so maybe for the next test I will have to try it and find way to work with it or approach it definitely. It was a good lesson for me.”

Team principal Richard Millener concurred, adding: “It is [worth taking a gamble] but I’m not sure when in these conditions that taking such a risk works that often when everyone else is on a predominantly hard [tyre] package.

“It was a lesson for Adrien for to learn. If it worked we would have said it was amazing.”