MRF will skip the 2019 World Rally Championship-2 season in favour of a year of testing, Motorsport.com has learned.

By:
Rachit Thukral
Co-author:
David Evans
Listen to this article

After years of domination in the Asia Pacific Rally Championship, MRF stepped up to WRC2 in 2018, undertaking a partial four-rally campaign with star driver Gaurav Gill.

The limited programme was expected to act as precursor for a full-blown assault in WRC’s second-tier class in 2019, by which time the Indian manufacturer was hopeful of being listed as an official tyre supplier.

However, multiple sources have confirmed to Motorsport.com that MRF will now wait until at least 2020 before making its full-season debut in WRC2.

MRF first revealed plans at prioritising testing over racing in 2019 at the Autosport International earlier this year.

“We have been in motorsport for 30 years now, in India, then in Asia Pacific and last year we did some rounds of the World Rally Championship," MRF managing director Arun Mammen told Motorsport.com.

“The WRC is a good learning experience for us and I think we need to do some more testing.

“We need more time for testing. We didn’t take part in all WRC rounds last year, we did four events, but the plan is to get more testing in 2019.

"Once we’ve done that, we should come back to the WRC next year [in 2020]. We want to take our time and make sure we have something solid in what we’re doing.

“We would like to enhance our experience in motorsport in Europe and get conventional passenger road car tyres into Europe as well. We are working on it now and the WRC would help us raise people’s awareness of MRF.

“Everybody is slowly hearing more and more about us, but we are working on getting that message across more quickly and to a wider audience.”

With plans for competing in 2019 called off, the Indian tyre manufacturer has lined-up an extensive testing programme for the year, the details of which are yet to be revealed.

MRF is expected to continue its collaboration with WRC championship-winning team M-Sport, which operated its entry last year.

As part of its M-Sport partnership and Gill’s own ties with Ford, MRF will continue to field the Fiesta R5 - although it may switch to the new iteration of the rally car by the time it makes its competitive return next year. 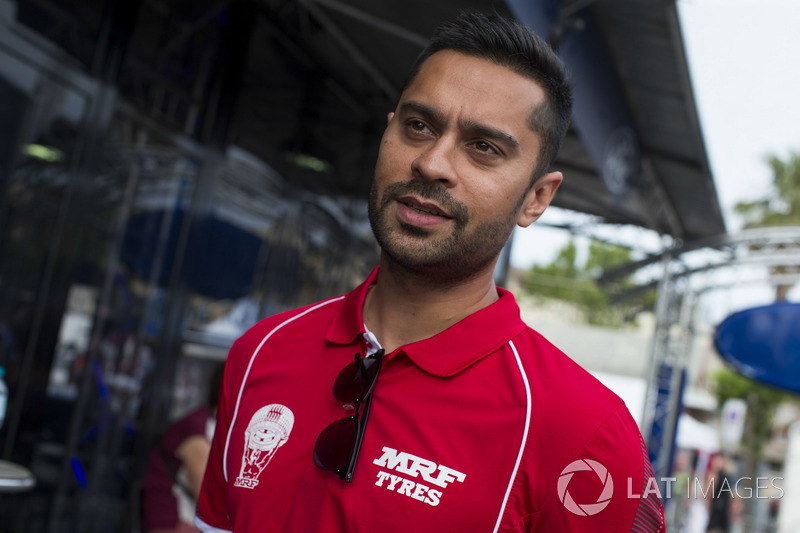 MRF’s decision to not take part in WRC2 in 2019 with confine Gill to a season of domestic competition.

The New Delhi-based driver will again return to the Indian National Rally Championship to defend his crown with Mahindra. He is also expected to take part in at least one more cross-country rally this year in addition to his recent outing in Desert Storm.

Mahindra has been reportedly testing the rally version of its recently-launched XUV300, which could be ready in time for the start of Gill’s INRC campaign in June.

The XUV300 is considerably smaller in size than its larger sibling XUV500, which has been Mahindra’s staple of choice for more than half-a-decade.

THe XUV300’s relatively tinier dimensions are expected to make to make it more competitive in a field dominated by the nimble Volkswagen Polo hatchback.