Hyundai driver Sordo began the final day just 0.8 seconds ahead of Tanak's Toyota teammate Latvala in the fight for second.

But by the end of the first run of the Grafschaft stage, both Sordo and Latvala were out of contention and Neuville had moved up from fourth to second.

Latvala was first to run into trouble when his Yaris developed transmission problems on the road section out of service.

He limped through the stage at increasingly slow pace before having to park and retire.

Unaware of this, Sordo went off at high speed through a vineyard and sustained substantial damage to his i20.

He completed the stage and fell to seventh overall, struggling to see through a smashed windscreen.

Sordo removed the windscreen and attempted to make it to the re-run of the stage, but parked up outside the stage start working on the car and ultimately had to retire.

Neuville was quickest on the opening stage, which pulled him clear of a potential challenge for second from the third Toyota of Esapekka Lappi.

With Lappi then backing off to secure a podium finish, Neuville will start the concluding Power Stage 32.6 seconds behind the cruising Tanak but 24.4s clear of Lappi.

Ogier was fastest on the second run of Grafschaft but is still 37.6s behind Lappi with just the Power Stage to go.

Craig Breen brings up the rear of the depleted factory World Rally Car field in seventh following his Saturday incident. 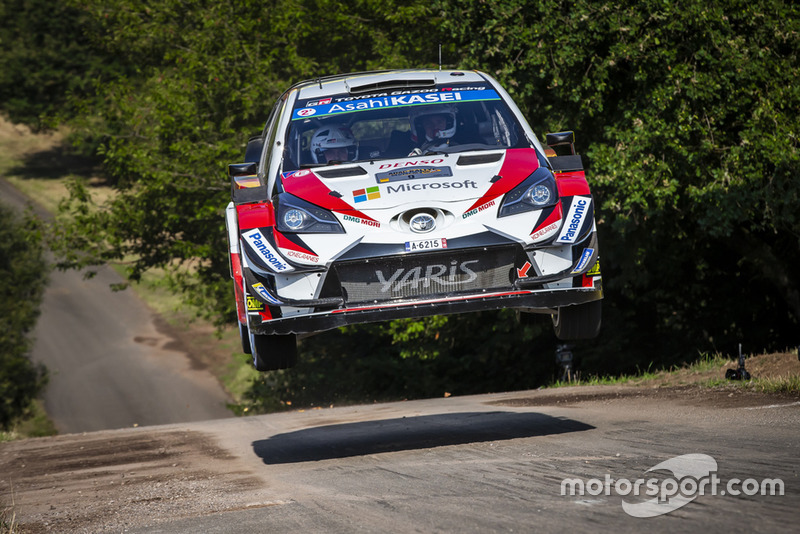