It had looked like Germany would be a huge blow to Ogier's title defence when he fell to ninth with a Saturday incident, but his recovery to fourth plus Power Stage victory salvaged a 17-point score.

While Neuville finished second, he played it safe on the Power Stage and only took one bonus point - which meant Ogier's TV stage win negated most of what Neuville had gained for the overall result and left the Belgian with a 23-point lead.

Just 0.178s split Ogier and Tanak on the Power Stage. The four bonus points for second on that stage plus his 25 for winning in Germany for a second consecutive year means Tanak is now within 11 of Ogier and 34 of Neuville with four rounds to go.

Tanak escaped from Ogier during Friday, and was then handed a huge lead when the reigning WRC champion had to stop to change a damaged wheel on the second run of the Panzerplatte stage on Saturday afternoon.

As Ogier tumbled to ninth, Dani Sordo and Jari-Matti Latvala's battle became a fight for second.

Sordo, whose only WRC win so far came in Germany five years ago, had been muted on Friday but surged forward from sixth with strong pace on the military range stages.

Latvala came back at him when the route returned to the vineyards, and went into Sunday just 0.8s behind his rival for the runner-up spot.

Neither lasted long on the final morning: Sordo sustained rally-ending damage with a high-speed trip off the road, and Latvala had to park on the same stage with transmission problems.

Their double retirement was Neuville's second lifeline of the weekend after Ogier's incident.

The championship leader slipped back from his early third place on Saturday as he struggled with a not-ideal-specification differential after an oil leak encouraged Hyundai to make a precautionary gearbox change.

Even when Hyundai concluded the gearbox was undamaged and put Neuville's preferred transmission back in, he struggled to get back on terms with Sordo and Latvala due to both set-up and juggling whether to push or settle for the points he had. 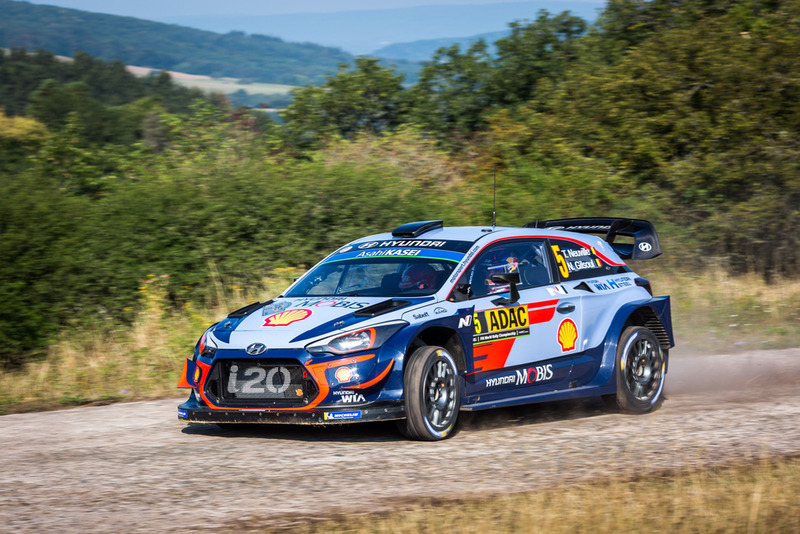 Having inherited second, Neuville dismissed a challenge from Esapekka Lappi with strong Sunday morning pace that convinced Lappi to settle for a first WRC podium on asphalt in third.

Ogier charged back to fourth, helped by the late attrition.

His M-Sport Ford teammate Teemu Suninen raised his pace through the weekend and followed Ogier up the order to take fifth.

M-Sport's other contender Elfyn Evans got himself into podium contention by the end of Friday but lost ground on Saturday morning before retiring from the day with broken suspension from a trip off the road.

Andreas Mikkelsen spent the weekend trying to change his driving style to turn his poor season with Hyundai around. He salvaged sixth as others dropped out.

Citroen had another miserable event. Craig Breen was on the cusp of the podium battle before damaging his suspension by running wide late on Saturday, which left him seventh.

His teammate Mads Ostberg fell down the order with a power loss on Friday and made little progress before crashing on Sunday's opener.

Marijan Griebel ended up eighth overall in the old-spec WRC Citroen he was driving as part of the prize for his 2017 European Rally Championship U28 title.

Jan Kopecky produced a stunning drive to win WRC2 despite a puncture on Saturday dropping him back to eighth in class.

Helped by M-Sport's Eric Camilli suffering an alternator failure while leading the category, Kopecky battled back and retook first in class and ninth overall from Skoda teammate Kalle Rovanpera on the penultimate stage. 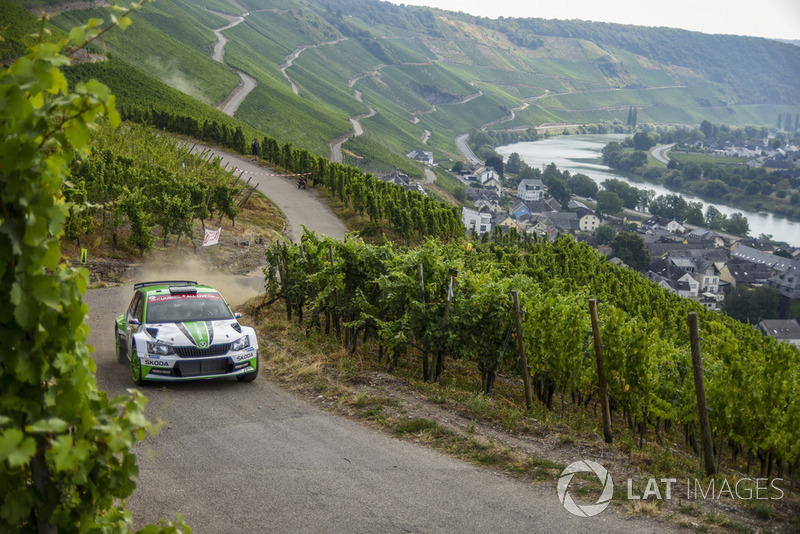