Double World Rally champion Marcus Gronholm could be in line for a WRC return with Toyota in 2019.

Gronholm is expected to discuss a one-off drive for next February's Rally Sweden with fellow Finn and Toyota team principal Tommi Makinen in the coming weeks.

An agreement was nearly reached for Sweden this season, and there is now interest in making sure Gronholm's first WRC appearance since 2010 happens next year.

"Because I was 50 in this year, it would have been a nice thing to do," Gronholm told Motorsport.com. "I didn't want to do Finland so much, more for me I would like Sweden.

"In Finland, you have to be so precise and so exact over all the jumps all the time – in Sweden it's nice to go and enjoy the rally and have some fun.

Gronholm admitted that a one-off deal for him might not be "on the top of Tommi's list of things to do" but confirmed he "would like to go to Sweden again – it would be quite funny, wouldn't it?"

He already has experience of the Yaris WRC from demonstration runs on the Harju spectator stage last year, when he showed competitive pace.

"Harju was good," said Gronholm. "I only did a five-kilometre test in the car before I jumped in and drove it and the last time I did the stage I was actually quite close to the best time.

"I was happy with that because I was not driving like crazy. I was thinking: 'I cannot smash Tommi's car when I have to give it back'."

Makinen confirmed he was interested in revisiting the plan to run five-time Sweden winner Gronholm and "would like to see" it happen.

He said it had fallen through for 2018 because "we were busy, there were no cars, it was a bit difficult" but is more optimistic for '19.

"We will talk again, we have more chassis available," Makinen told Motorsport.com.

"It would be fantastic to see somebody like Marcus in the car. He could be very fast, especially in somewhere like Sweden which was one of the rallies he loves.

"With some testing, he could be good and it would be brilliant to see him back on that rally after he won it so many times.

"Last year when he was on the Harju stage to drive our test car, he set a very, very fast time.

"He was so close to the fastest and, don't forget, he was not having the maximum power with this car."

Gronholm retired from full-time WRC competition in 2007, having won the 2000 and '02 titles. He last appeared in the series with a Sweden one-off in a private Ford in 2010. 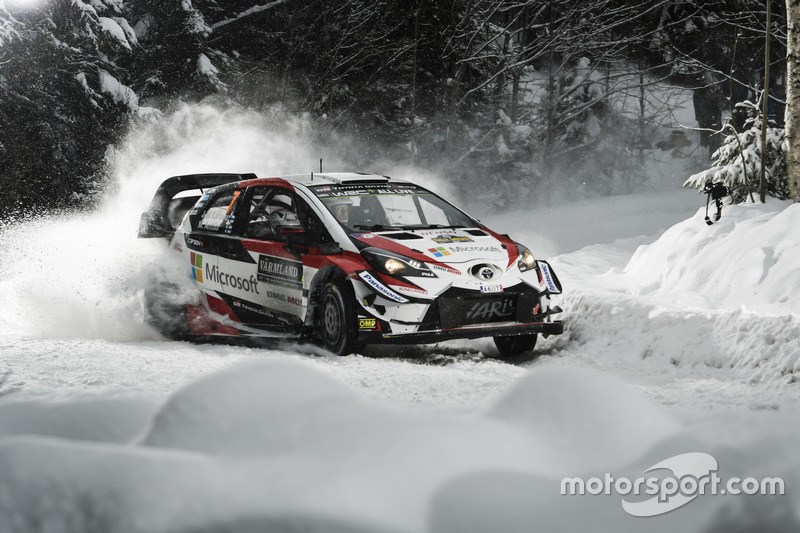 Toyota forced to go back to old engine for Turkey

Neuville expects “more nerve wracking moments than ever" in WRC 2022