Ott Tanak clinched a first WRC win for Hyundai on Finland's iconic fast gravel roads after the Estonian produced an against the odds performance to defeat Toyota at their home event.

Tanak's success was Hyundai's second win of the 2022 season after the 2019 world champion claimed the top honours in Sardinia back in June.

Although, much of the team's start to the WRC's hybrid era has largely been disappointing, with its campaign littered with reliability and performance woes with its i20 N challenger, that stem form the South Korean marque's Kate commitment to the new rules.

This has also played out amid internal struggles within the squad following the departure of long-time team principal Andrea Adamo late last year.

However, Rally Finland marked the second event where there was no sign of any reliability issues, while Tanak proved the i20 N has the speed to take on Toyota.

It has left deputy team director Julien Moncet confident his team is taking strides with the development of its 2022 car.

"I hope a corner has been passed but we have to be cautious as well because we had a similar result in Sardinia and after the following races were not so positive following that," said Moncet.

"We have to be very careful not to be too optimistic. We have to enjoy the result but it should not put us away from our target which is to have this result every rally. 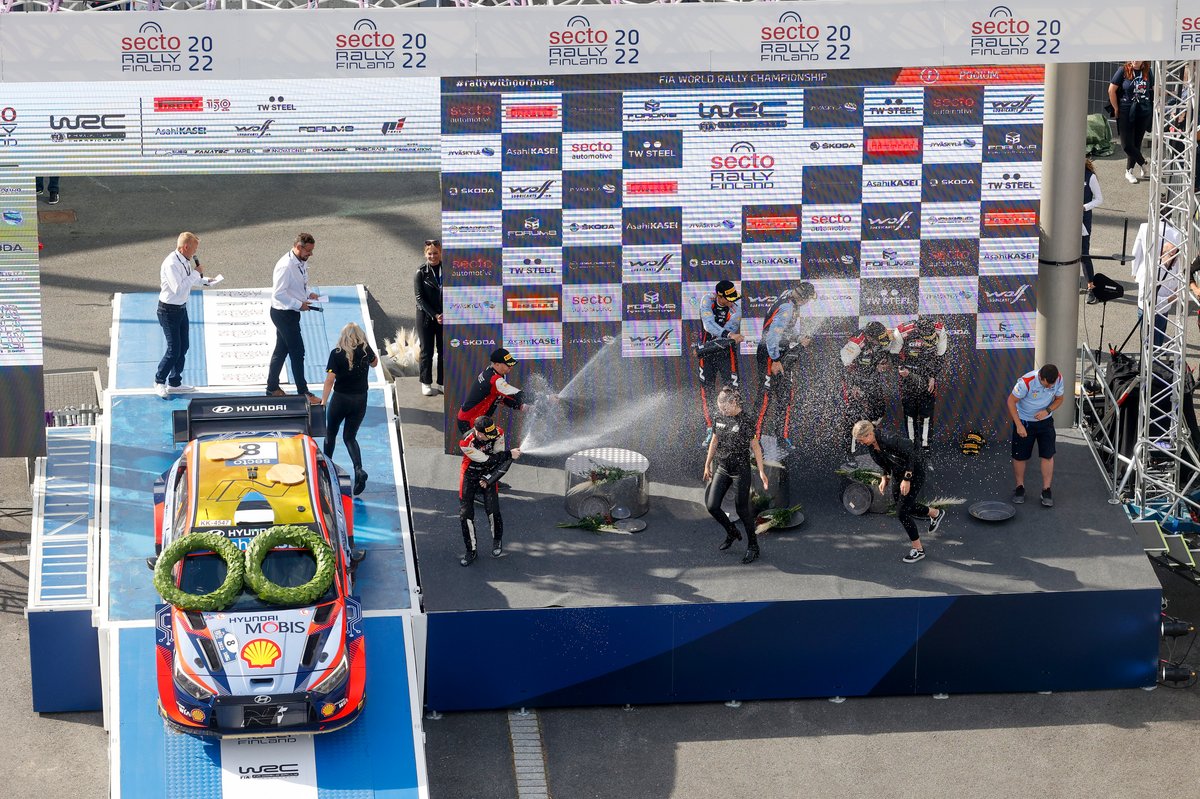 "Of course we are always developing the car. We will continue, we know the car is far from being perfect and we will continue pushing, and hopefully this will give us more boost to push even more.

"Already in Estonia we had almost nothing [in terms of reliability issues] and here as well. It is very good as we have lost a lot of points and opportunities due to reliability issues, so it is positive for us. Hopefully we can focus more on the performance."

While Tanak led Hyundai's charge, the team's other senior driver Thierry Neuville struggled to find the confidence to tame the difficult to handle i20 N in Finland, finishing more than two minutes adrift in fifth.

Neuville did openly admit that Finland's gravel roads have never been among his favourite conditions in the WRC and is expected to shine on home oil in Belgium next week.

However, the four-time WRC runner-up has revealed that the i20 N could be set for even more rapid progress in the not too distant future when asked about the team's plan for the i20 N.

"If he [engineering consultant Christian Loriaux] gets the green light to do what he wants, I think we will progress even quicker."

As previously reported, Hyundai is unlikely to release a significant update package for its car until October at the earliest.

New Zealand makes its long awaited return to the World Rally Championship this weekend with a history-making feat in the offing as Kalle Rovanpera closes in on the title.

Dani Sordo says he doesn't yet know his plans regarding his future in the World Rally Championship next year, but has ruled out the prospect of competing a full 2023 season.

Haas Formula 1 boss Gunther Steiner reckons the late world rally champion Colin McRae was the “most gifted driver” he ever met during his motorsport career that began in rallying.