Hyundai team principal Andrea Adamo says Dani Sordo’s retirement from the fight for the lead of Rally Mexico is unacceptable.

The Spaniard, making his first World Rally Championship start with the Korean squad this season, was 4.6 seconds behind leader Sebastien Ogier when he retired with an electrical fault on the way to the Las Minas test.

Adamo told Motorsport.com: “When you have the car that is not as competitive as the top one, you cannot permit yourself a retirement for a reliability issue so I am disappointed. It was our fault.”

It was a double blow for Hyundai as Andreas Mikkelsen had retired from the lead with suspension damage after he hit a rock in the El Chocolate test.

Asked if he’d seen the video of Mikkelsen’s car colliding with a rock, Adamo said: “I don’t need to see the video, I have seen the car and that’s enough for me. It’s not a question of blame, but I have a car that’s stopped.

“If you ask me could it [the rock] be avoided, I don’t know because I have never been a driver. I can speak about something I know – we made a mistake because we had a technical problem [with Sordo’s car].”

Mikkelsen took responsibility for his retirement, saying: “I hit a stone which destroyed the suspension. We also got a puncture, I changed the puncture, but the suspension snapped and I was forced to stop.”

For Sordo, there was frustration for the whole team.

“I felt immediately comfortable,” he said. “We set some very strong stage times.

"Running in second overall, just four seconds from the lead, we picked up an electrical issue after the Ortega stage. We had to stop on the road section to try and fix the problem but there was no chance.

"We had the genuine opportunity for a strong podium result here – and who knows what else – but that’s no longer possible, which is a really a shame for the whole team.”

Thierry Neuville is the only remaining Hyundai running without Rally 2 penalties. The Belgian suffered a puncture on the first run through El Chocolate.

He said: “The puncture this morning ended any real hopes we had of a positive weekend here in Mexico.”

He starts Saturday sixth, one minute off the lead. 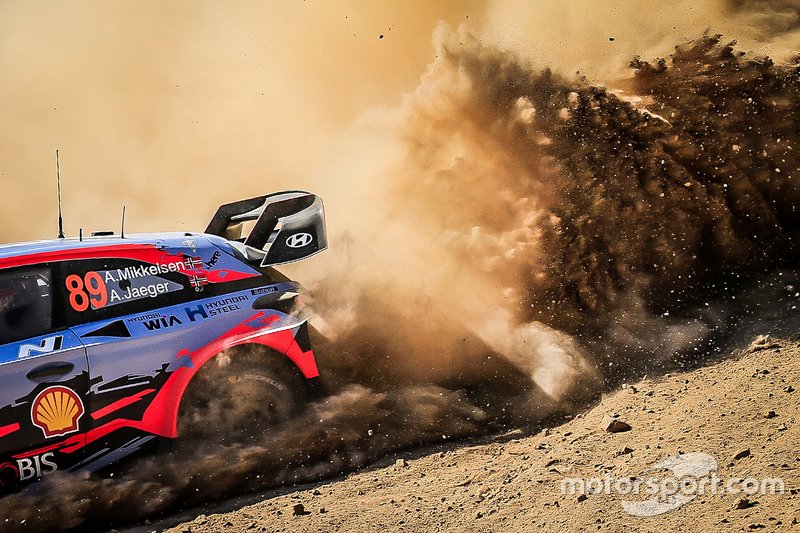