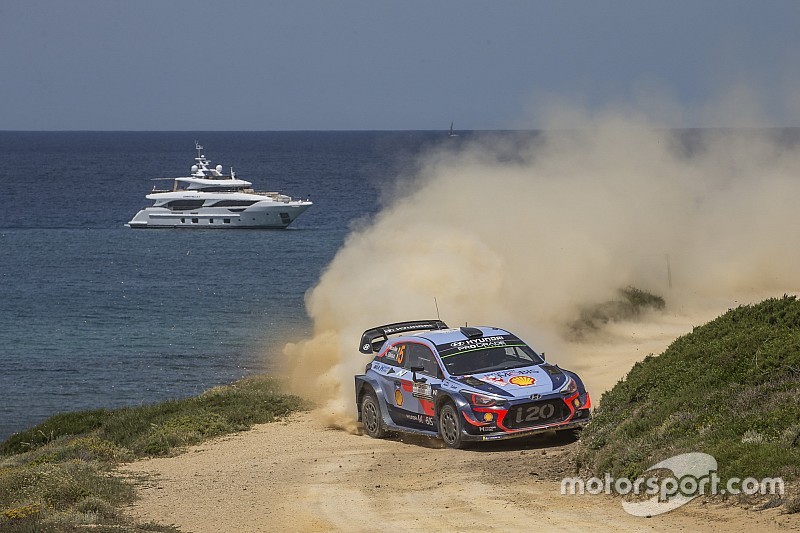 Hyundai WRC team principal Michel Nandan praised Thierry Neuville for outduelling Sebastien Ogier to take a Rally Italy victory, which was "the best" he had seen.

A weekend-long battle between reigning champion Ogier and current points leader Neuville was only settled on the concluding Power Stage, where the Belgian's fastest time gave him overall victory by just 0.7 seconds.

That win extends Neuville and co-driver Nicolas Gilsoul's championship lead to 27 points over Ogier and his partner Julien Ingrassia heading into the WRC's mid-season break.

Nandan, who had been part of Peugeot and Toyota's WRC successes before his current role at Hyundai, said Neuville's Italy drive was the best he had seen.

"This was special," said Nandan. "This was the best. Really, this one is the best.

"To have it decided in the last stage like it was and to win like this, in a proper way is fantastic. I am really happy for the team and for him."

Neuville added that outduelling Ogier is a "precious" result.

"I really can't believe it," Neuville told Motorsport.com. "Winning against Sebastien is one of the hardest things and the way we did this one was so tough.

"We gave this absolutely everything and to come away with a victory like this, this is really a precious one for me and Nico."

Ogier, who has never been this far behind in the standings at the halfway point in any of his title-winning seasons, said he was looking at the big picture during the rally.

"I wasn't prepared to risk everything like he was," he said. "If I made no points here then the championship would have looked very tough.

"We could see [the Hyundai] was working well in the rough sections, so we still have some work to do, but this is halfway in the championship.

"This gives me something to aim for in the second half of the year."

Ogier's M-Sport team principal Malcolm Wilson said both drivers in the lead fight had "been superb" and called the rally "absolutely unforgettable".

He added: "Rally fans will remember this one for a lifetime – to have two guys pushing so hard and so close is something very special."

Wilson also said he had always known Neuville, who drove for M-Sport in 2013, could be capable of defeating Ogier.

"I've always known this was in Thierry; don't forget when he was with us five years ago he was second on virtually every event in the second half of the season and he finished second to Seb in the championship," said Wilson.

"It's taken him five years, but he's got one over the champ. But don't worry, we'll be back."