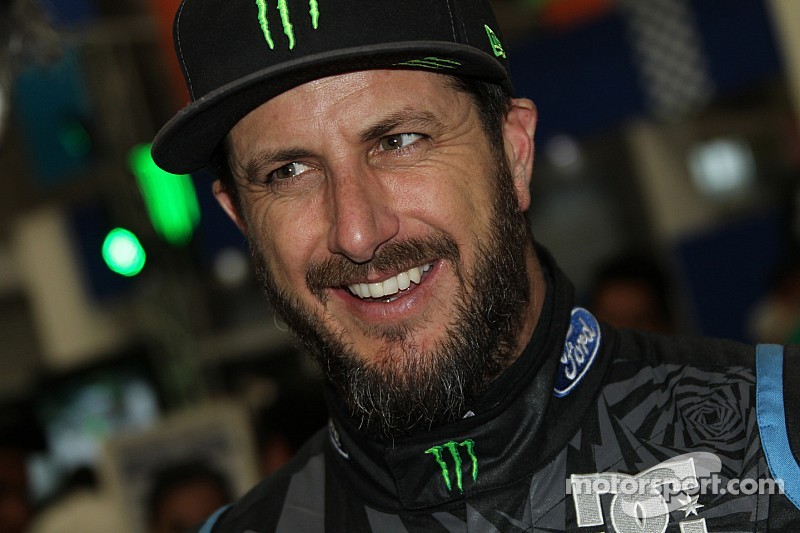 WRC Spain his first appearance with the series in over a year.

Hoonigan Racing Division’s Ken Block makes his return to the World Rally Championship this week at WRC Spain, following an absence of more than a year (Block last competed in WRC Mexico, 2013, where he placed 7th overall) from the series due to a hugely hectic schedule that has, unfortunately, kept him from doing as much stage rally as he’d like as of late. Blocks return to Rally Spain also marks his first tarmac rally outing since 2011.

However, despite the lack of stage rally time this season (Block has competed in one rally thus far this season, Rally America’s Rally of the 100 Acre Wood where he took first overall), Block feels good about getting back into a WRC car this week.

“I’m obviously here this weekend more as a tourist,” said Block. “What I mean by that is that I’m out here to have a great time and do as well as I possibly can. I’m very much aware that I haven’t had a lot of stage rally time this season and I haven’t been in a WRC car since Mexico last year. So, I don’t expect to be on the pace as everyone in the top of the field. However, I’m hopeful that I’ll find a quick pace early on, maintain it and if I’m feeling well, maybe push a bit harder. We’ll see, it’s too soon to tell. My personal expectations are relatively low though, my main goal is to bring the car back safe and sound every evening and my other would be to potentially break into the top 10 if the rally is favorable. We’ll see, either way, I’m stoked to be back behind the wheel in WRC for an event.”

In preparation for WRC Spain, Block and co-driver Alex Gelsomino have completed two highly successful days of testing in Spain within the last week. Logging kilometers in both tarmac and gravel trims, the duo are feeling confident heading into the first stage on Thursday evening.

In addition to his testing, Block has had an action packed year, competing in WorldRX and Global RallyCross (where he’s currently in contention for the overall championship with just one event left), as well as putting out two major videos this season: Footkhana and RaptorTRAX Shredfest. He’s also found time to film Gymkhana SEVEN, which will drop sometime in November.

To catch Block in action this weekend, WRC is live streaming two of the stages. Catch the opening Super Special on Thursday, October 23rd at 6 PM CEST and the Power Stage on Sunday, October 26th at 12 PM CEST, both at www.wrcplus.com.