Kubica clears day one in Sweden 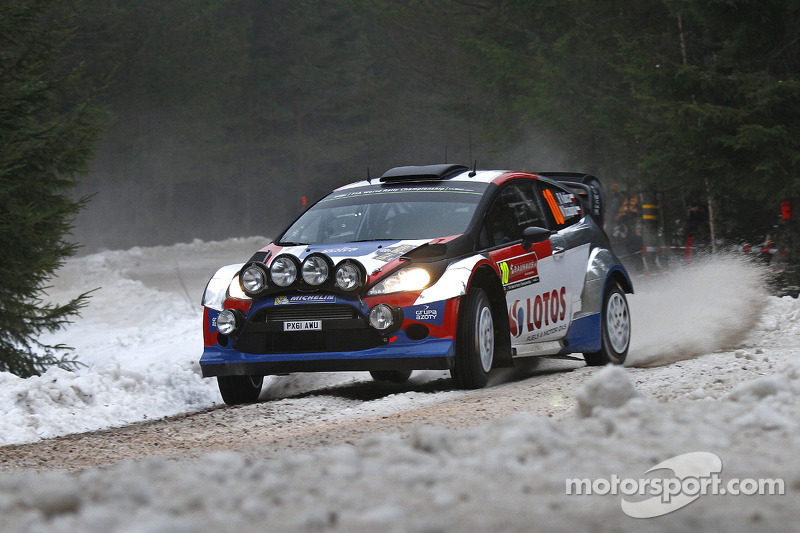 Taking the challenge well and truly in their stride, Robert Kubica and Maciej Szczepaniak finished the day in 11th place overall.

Taking to the wheel of their RK M-Sport World Rally Team Ford Fiesta RS WRC, Robert Kubica and Maciej Szczepaniak faced a new challenge today as they tackled the snow-covered stages of the FIA World Rally Championship’s only winter fixture – Rally Sweden. Taking the challenge well and truly in their stride, the pairing finished the day in 11th place overall. 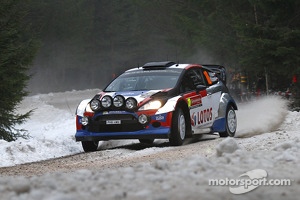 The day saw crews tackle two loops of three identical stages, venturing north into neighbouring Norway as they made their way through the snow-covered speed tests. If the stages themselves weren’t daunting enough, drivers also had to anticipate the added challenge of no midday service, but that was not to faze Kubica.

Keeping his Fiesta RS WRC well clear of the white barriers which threatened to engulf any wide-drifting rally car, the Pole finished the day just outside of the top-ten with a wealth of knowledge and experience to boot.

Tricky conditions resulted in a surface that was ever changing and drivers had to have their wits about them when it came to judging the available grip. Whereas those with more experience could pre-empt the traction on offer, Kubica faced a journey into the unknown on what is the first full-snow event of his career. Mission accomplished, Kubica was considerably pleased with his day’s work. Making it through all six speed tests, the Formula One race winner held his own on a route which could not have been more different from his more accustomed, circuit-like asphalt.

Robert Kubica (11th): “It’s been a difficult day with some very challenging stages, but I think that we have learnt a lot and I am very pleased with our performance. For a first time here in Sweden, and having never been to an event like this before, I don’t think we could have done much more.

“The most difficult aspect has been to judge how much grip there is. Sometimes you can see a surface change, but with no experience, you have no idea what to expect. The most important thing for us now is to continue as we are and ensure we make it to the end of the event. Rally Sweden only comes around once a year, so I am determined to make the most of this weekend – improve my skills, and become a better driver in these conditions.”

Team Principal, Malcolm Wilson OBE, said: “It’s been a bit unfortunate for Robert [Kubica] that we have not seen the traditional Rally Sweden conditions this year. With lots of snow, this is an extremely fast rally, and I think that that would have suited him perfectly. That said, he has taken a very intelligent approach in what are less than ideal circumstances. He’s kept out of trouble – which is a feat in itself given his limited experience – but more importantly, he has continued to learn and improve throughout the day.”