Kubica focused on the finish 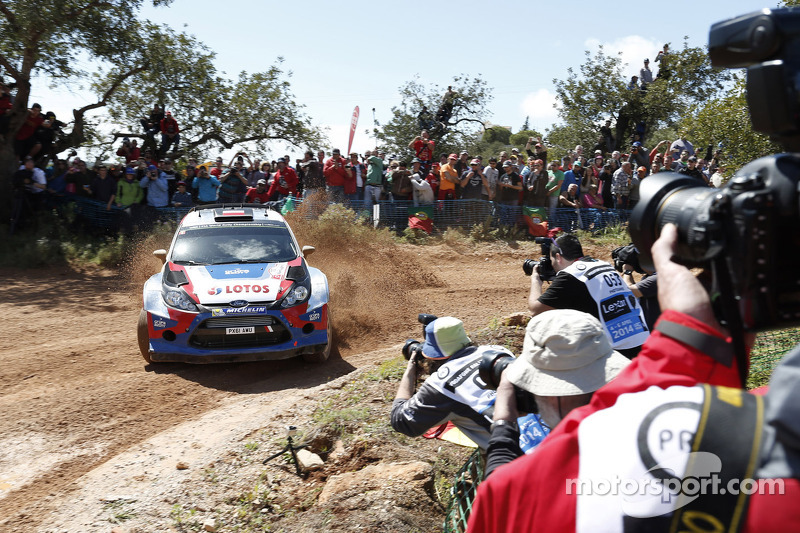 Racer hoping bad luck is over for Rally Argentina

Despite showing incredible speed, RK M-Sport World Rally Team’s Robert Kubica has suffered bad luck since stepping up to the FIA World Rally Championship’s (WRC) highest league. Putting his previous outings behind him, the Pole will be focused on a single goal at next week’s XION Rally Argentina – making it through all of the speed tests unscathed.

When Robert and co-driver Maciek Szczepaniak first took to the wheel of a Ford Fiesta RS WRC, there was no doubting their potential. Leading Rallye Monte-Carlo in its early phases, the Pole created a sensation and became one of the sport’s most exciting and popular drivers.

His progression has since been disrupted by a string of unfortunate incidents, but the Formula One race winner remains determined and will be hoping that his outing in Argentina marks a step forward.

Famed for the abundance of passionate rally fans that line the stages, the vibrance and popularity of the Argentine event masks a demanding route with marked variation in character. There may only be 14 stages to tackle, but the contrast between the open plains of the Calamuchita Valley and the mountain tracks through the Sierra Chicas – not to mention the moonlike landscape of El Condor – place huge demands on crew and team alike.

In order to be competitive, drivers need to adapt quickly and efficiently to each variation of the stages’ character and work with the team to decipher a set-up that can deliver optimum performance through all of the event’s diverse terrain.

Venturing into the unknown for the fourth time this year, Kubica’s sights are firmly fixed on the ceremonial finish. The Pole is intent on learning as much as he can from the WRC’s voyage to South America and on gaining the vital experience that will allow him to progress at future events.

“Argentina will be another new and difficult event for me, but I am hoping that it will be better than the previous rallies. Our goal stays the same, and we want to get to finish," said Kubica.

“I will try to change my approach – going back to the way I tackled events when I first began my WRC career. Driving on gravel I must focus more on survival and getting to finish as opposed to driving as fast as I can. There are too many variables and surprises that can often catch out inexperienced drivers. That is why I think a few steps back will do me no harm.

“The things that are happening now are not a nice experience, but at the same time, they are not unusual. I think my winning the WRC2 category last year with so little experience was much more unusual! Most drivers who are experiencing these stages for the first time compete in much less powerful cars. I am driving one of the best cars in the championship alongside the best rally drivers in the world amidst conditions I have never previously experienced. This is the highest level, I need to remember that.

“When I made the decision to go rallying, I knew what I was getting into and I cannot allow the past few months to write-off my goals and ambitions. It is true that it has not been the luckiest start to the season for me, but I believe it will get better. The most important thing is to make the most of this experience and learn from it. I am sure that better times will come.”