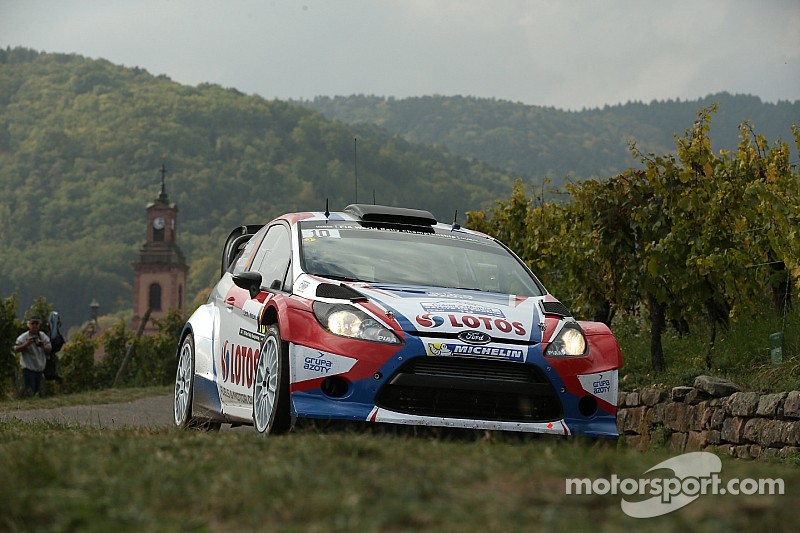 Robert Kubica holds sixth place on the eve of the event’s Tarmac stages.

The day’s action consisted of two loops of three identical stages and the Pole was quick to build his pace. Following what has been a long stint on asphalt for the FIA World Rally Championship – with two extensive pre-event Tarmac tests as well as the sealed-surface stages of Rallye de France – he quickly adapted to the art of gravel rallying and worked to improve his pace throughout the day.

Hanging dust posed an issue for many crews, but despite his disadvantaged road position Robert was rarely more than a handful of seconds adrift of the fastest stage times – producing what has arguably been his best loose-surface performance of the year so far.

In spite of a small spin through the second pass of ‘Terra Alta’ (SS7), the Formula One race winner has established a solid platform on which to build and will be looking to display further progression tomorrow.

Robert Kubica (6th) said: “I think that the driving has been good today, but we ‘finished’ the tyres on the Tarmac section [of SS7] and I had a spin around five kilometres from the end. There was a narrow section and we got some oversteer.

Unfortunately I had my right hand on the handbrake as there was a left-hand hairpin immediately afterwards and I didn’t have any chance to recover the car. Apart from that, I think the pace has been very good.

“This will be my first time having to change so quickly from gravel to Tarmac so I don’t expect it to be so easy. We have a short warm-up but then we are straight into a demanding 50 kilometre stage so we will have to be quite clever with the tyres, with the car, with everything. I think it will be an interesting day.”

Team Principal, Malcolm Wilson OBE, said: “Robert [Kubica] has driven well today. He’s shown how much he has progressed on gravel and I think that this has arguably been his best loose-surface performance of the year. It was a shame about the spin on the last stage [SS7], as without that I have no doubt that he would have been right in the battle for the final podium positions.

“It will be interesting to see what he can do tomorrow. These roads are as close as the FIA World Rally Championship gets to circuit racing – they’re wide, smooth and fast – and should hopefully suit him.”