The unstoppable Citroen DS3 WRT put their mark on the 2012 World Rally Championship title fight by easily taking the first victory of the new season. Sebastien Loeb and his co-driver, Daniel Elena, had their sixth Monte Carlo Rally win already in their pocket, but then went out this morning to win the Power Stage. Setting the fastest time to secure the three extra bonus points, they leave the 80th running of the classic rally with maximum points, starting their bid for a ninth title in full strength.

“I had decided to push because these points could make all the difference in deciding who wins the title,” explained Loeb. “Apart from the points scored, I am happy to win a rally that means a lot to me. There were a lot of supporters alongside the roads and I also wanted to win for them. It’s a big gap to second, but I wouldn’t say that this was an easy win. We had to deal with all sorts of conditions and my lead was largely built on better tyre choices, which were mainly down to the work of Citroën Racing’s technical team and our tyre partner Michelin.” 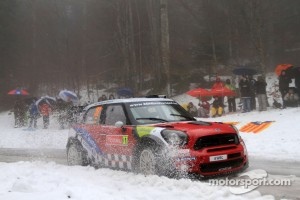 Dani Sordo finished second in his MINI, ahead of his main rival over the past five days, Ford’s Petter Solberg. For much of the event Sordo and Solberg fought back and forth but in the end it was MINI and Sordo who had the better pace. With the team ready for a full WRC season this year scoring second is a great way to announce their championship intentions.

“We had no problems at all today. Yesterday I was ‘sleeping’ a little bit in the stages so lost a bit of time to Petter, but I am happy with the result. This is great for both me and the team. I think the crucial decision was the tyres we used on day three when we had snow on stage12. Petter (Solberg) lost time to me there and this was really important, as to be honest we took it a bit carefully and he was fast. Without this stage he would have been really close. Being second for the second time for our new team is really, really good.”

Second would have been preferred for Solberg, yet the Norwegian had to put caution ahead of risk as the only Ford driver still in the fight after teammate Jari-Matti Latvala crashed out early. This marks Solberg's first podium with the Ford crew but one can bet there will be many more in the future as Mr. Hollywood settles into his Fiesta.

“I’m over the moon," smiled Solberg. "I’ve absolutely loved this rally from start to finish and this is the best start to a WRC season I’ve ever had,” said a delighted Solberg at the finish line. “It is my first rally in the Ford Fiesta RS WRC with so little testing beforehand, and we improved our speed all the way through. For me, this rally was mainly about getting some kilometres in the car, improving our speed and getting to the finish. 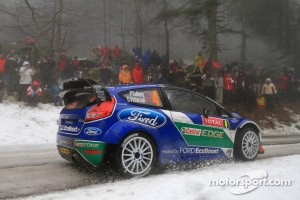 After having been a privateer for three years Solberg is happy to be once again part of a factory effort. "I love the car – it is really fast, I can tell you! It suits my driving style very well. I’ve been waiting for a long time to get into a situation like this, and to have the full support from the Ford team feels fantastic."

Mikko Hirvonen must know quite a bit how Solberg feels as part of the Ford team. Once a member himself the Finn has now switched over to the rival Citroen team. For a long time now Hirvonen has always wanted to see how the successfully Citroen team worked and jumped at his chance to driver alongside Loeb in 2012. The rally this weekend was a mix of highs and lows for Hirvonen as he came to grips with the DS3. A mistake on the first day took him out of podium contention but by halfway into the event the Finn was winning stages and setting times quicker than his teammate. Much like Solberg, Hirvonen will only get faster as the season progresses and leaves his first Monte Carlo with Citroen fourth overall and second on the Power Stage.

“It wasn’t the easiest rally for a first race in a new car, but I am pleased with the result,” commented Hirvonen. “The two days we had snow were particularly difficult. On tarmac, I was more comfortable and I was able to set some good times. I had to take it easy, avoid making mistakes and focus on getting to the finish to score some points. That's exactly what we did. I can’t wait now to be in Sweden, I am really looking forward to racing there.” 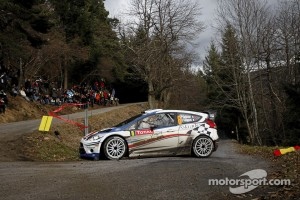 Evgeny Novikov impressed with a top five finish for M-Sport Ford. The Russian claimed third on today's Power Stage and the extra point that comes with it. Just behind was M-Sport teammate François Delecour. A previous Monte Carlo Rally winner the Frenchman was impressed by the pace set by the front runner. Mr. Delecour himself was up to pace this weekend and might have been a threat for the Power Stage but instead choose to give the honor of driving the final stage of the rally to his co-driver, Dominique Savignoni, who is retiring from rally.

“This was the best result for my friend Dominique [Savignoni]. This was his last rally and I wanted it to be a fantastic result for him. He drives quite well, you know! For me, I am not so good on the notes, I don’t do as well as Dominique, but yes, he is very good," said Delecour.

“I would love to drive more rallies again in the WRC but unfortunately it will not be again with Dominique as he is now retired. This was an absolutely fantastic last rally for him and I am very happy!”

Pierre Campana took seventh in the sister MINI of Dani Sordo, his best finish so far in the WRC. Ott Tänak and Martin Prokop set their Ford Fiestas eighth and ninth, respectively. Meanwhile Armindo Araújo rounded out the top ten with a final point in his privateer MINI.

The event was not a great start for Volkswagen's development season. The team decided to run a Super 2000 non-turbo Skoda Fabia in 2012 while their car is under development. Sebastien Ogier joined the team as their point driver and started out this weekend in strong contention despite being in an underpowered car compared to his rivals. After the first day Ogier was as high as fourth but it all fell apart on Thursday when the Frenchman cut a corner at high speed and crash out of the rally in dramatic fashion. That left Kevin Abbring out on his own in the sister Skoda. While not finishing in the top ten, Abbring was the fastest S2000 car in twelfth, taking the class win. 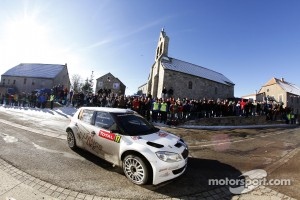 The winner for SWRC this weekend and 14th overall was Craig Breen in a Ford Fiesta. Michal Kosciuszko took the production class for Mitsubishi.

Up next is Rally Sweden, the single snow rally on the WRC calendar. This event is dominated by locals, with the only non-Nordic driver to win being none other than Loeb. The outcome will be hard to predict this year as the Ford team looks strong with Latvala and Solberg. Citroen will be looking for their first win at Sweden in 8 years with the deadly combination of Hirvonen and Loeb attacking the snow. Expect MINI to suffer, as both driver and car needs more snow experience. Ogier and VW have a good shot at finishing strong, not having a turbo isn't a huge penalty in the slippery conditions. If Ogier can keep going to the end he may find himself finishing within the top five. Only time will tell how the next chapter of this season will unfold, our answers will be had the second weekend of February. 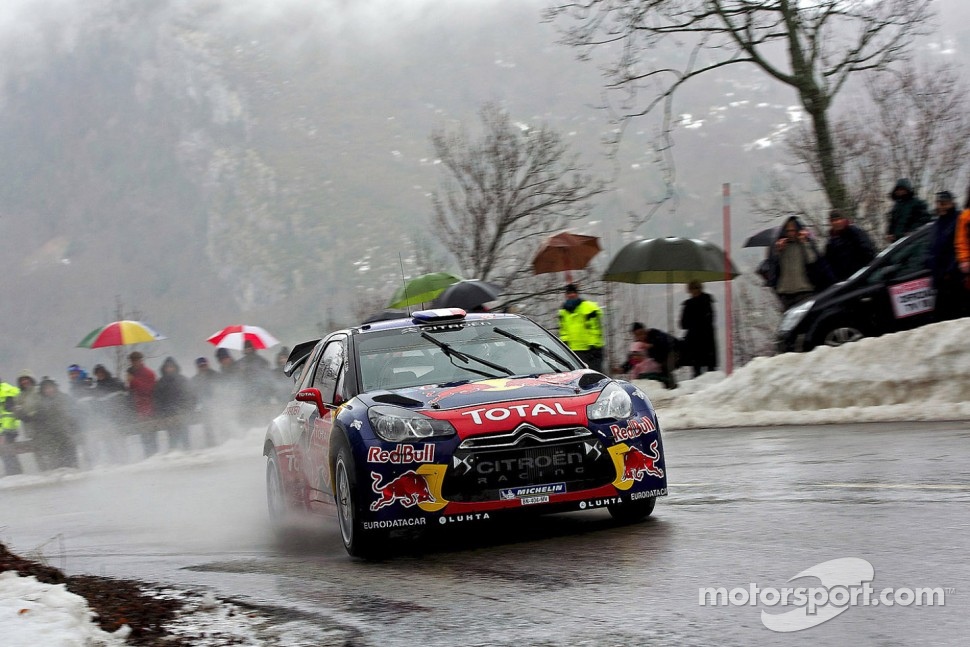