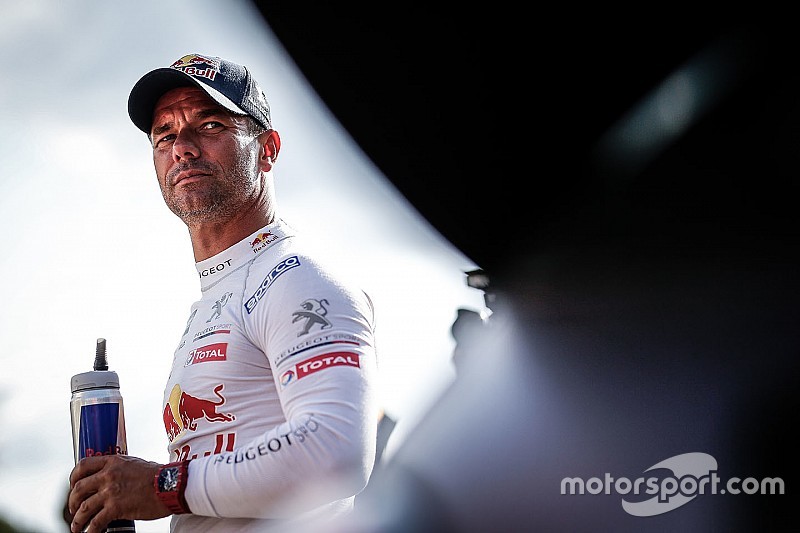 Loeb has one more event in his three-round WRC comeback programme with Citroen remaining this season - the mixed-surface Rally Spain at the end of October.

Asked why Loeb had been called up for Citroen's first day of testing on Hafren, a team spokesperson replied: "He hasn't driven the C3 WRC on gravel since Mexico, this made sense."

Loeb finished second on his last Rally GB appearance six years ago, and won the event three times from 2008-10.

He led in Mexico on his WRC return earlier this year before falling back to fifth with a puncture, then crashed early on his next outing in Corsica.

Regulars Craig Breen and Mads Ostberg will form its rally line-up for Wales.

All four WRC teams conducted significant tests in Wales ahead of this weekend's event.

Toyota driver Ott Tanak is reckoned to have had the best of the testing, enjoying a day of wet and dry running.

That meant he had the opportunity to test Michelin's new soft tyre in the widest variety of grip levels.

The new tyre was brought to Finland for its planned debut, but it did not run due to the high temperatures in Jyvaskyla in the summer. The medium Michelin is this weekend's 'prime' tyre.

"I had quite a lot of rain on the second day of my test, and this was a good chance to test the tyre - it worked well in the mud and the wet," said Tanak.

"We'll have to see what the weather is like for the rally before we decide if we can use this for a full loop of stages for 80km. If it's dry, it could be a lot for the tyre."

Tanak's former M-Sport teammate Sebastien Ogier admitted his time on the soft Michelin had not been ideal.

"We had a dry day on the first day and then some rain but drying on the second day," he said.

"It's never possible to have the perfect conditions in the test for this rally and probably it's going to be a bit more wet in the rally, but let's see.

"How the soft tyre will work will be a question mark for me going into the event - I won't have the experience of the tyre; I tried it, but we didn't have the condition to see the benefit."

Ogier: Citroen no longer "doing things by half"