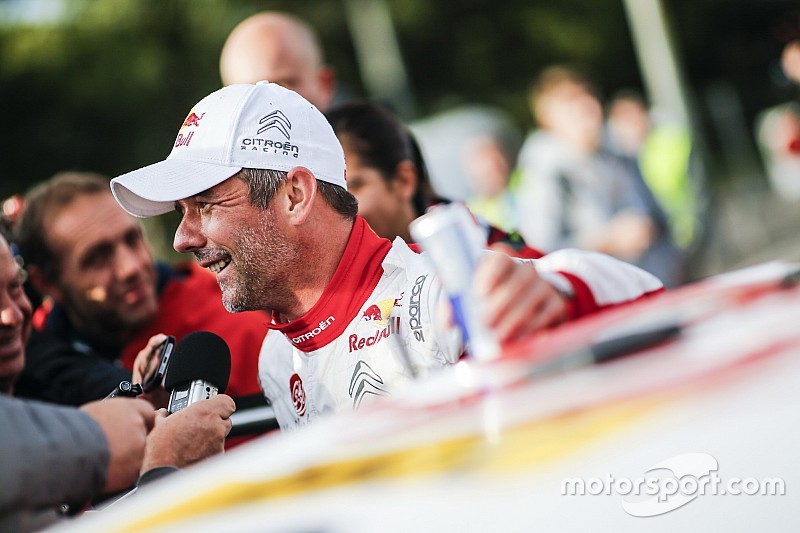 Nine-time WRC champion Loeb made a comeback with a three-event programme for Citroen this year and took a shock triumph in Catalunya on the last of those outings at the weekend.

That Citroen deal was thought unlikely to continue into 2019, when the team will run Loeb's former arch-rival Sebastien Ogier after signing him from M-Sport Ford.

But Loeb now has no full-time programme for next season following Peugeot's decision to pull out of the World Rallycross Championship.

The 44-year-old admitted Spain had underlined that rallying was where he felt most at home.

"It was a nice feeling to fight again and to win and maybe this does give me more desire to come back next year," Loeb said.

"This is where I feel better, rallying is my discipline. But in another way, I know why I retired: it's a lot of time and involvement.

After his WRC exit, Loeb had initially returned to rallying with Peugeot's Dakar programme but that also ended this year.

He said Peugeot CEO Jean-Philippe Imparato's decision to can the World RX effort was a total surprise to him.

"I didn't know this was happening," said Loeb. "One or two weeks ago I was sure I would do a full season in World Rallycross [in 2019] and now I have nothing.

"I didn't think about the future before now, to be honest I didn't really have the time."

Loeb added that he would use the coming week to properly assess his 2019 options.

Asked if taking Peugeot's 208 World RX cars in-house with his Sebastien Loeb Racing team was a possibility, he told Motorsport.com: "That's one of the options we're thinking about."

SLR has been running its own 208 for Gregoire Demoustier in RX this year.

Sordo set to stay in WRC with Hyundai in 2019