M-Sport has taken the wraps off its 2017-specification Ford Fiesta contender, which will debut in the World Rally Championship next season.

The Cumbrian-built machine is the second to be revealed for next year's radical regulation changes, following last week's unveiling of the Hyundai i20 Coupe at Monza.

M-Sport's new car has undergone a complete overhaul compared to the outgoing Fiesta RS WRC, with 95 percent of the new model being designed from scratch.

Team boss Malcolm Wilson believes his team's "extremely special" new challenger, which has already racked up over 6,000 kilometres in testing, will allow M-Sport to challenge for victories for next season, the team having endured several winless campaigns.

"Entering a new era in the FIA World Rally Championship, there is a real sense of excitement throughout the team, and rightly so as I believe we have created something extremely special in the new Ford Fiesta WRC," said Wilson.

“Having driven the car myself, I can honestly say that it is one of the most impressive we have ever produced. It’s exciting to drive, it sounds fantastic and it looks absolutely sensational.

“Every team is starting on an equal footing and I’m confident that we have produced another car which is capable of challenging – and winning – at the very highest level.

"No expense has been spared, and we start the 2017 season with one goal in mind – returning to the top step of the podium.”

M-Sport has yet to reveal who will pilot its new car next season, as reigning champion Sebastien Ogier continues to weigh up his options after Volkswagen's withdrawal.

The Frenchman tested the new car last month in Wales along with Ott Tanak, who has been strongly tipped for a return to M-Sport's main line-up after a season representing the DMACK squad.

Eric Camilli is also expected to return for a second season, although the future of the team's other 2016 driver, Mads Ostberg, remains unclear. 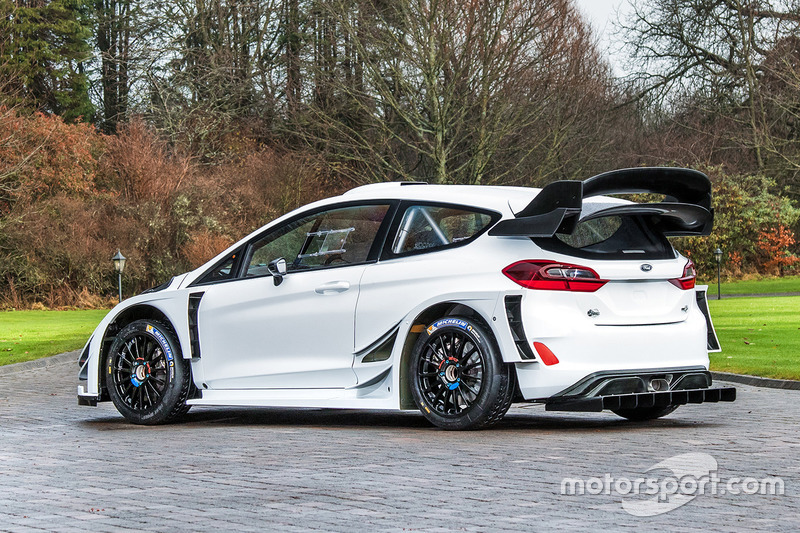