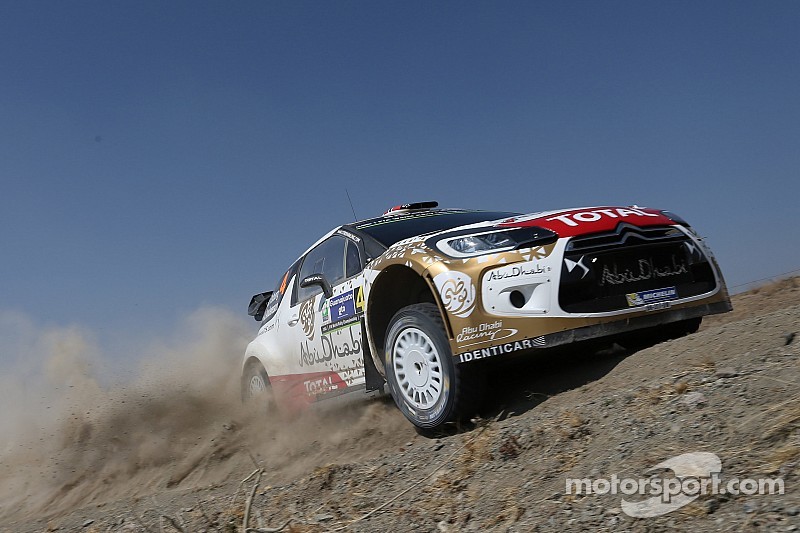 Mads Østberg and Jonas Andersson remained among the frontrunners at Rally Mexico on day two.

There were tricky sections almost around every corner on day two of Rally Mexico. And although Mads Østberg was quick on the two runs on Ibarrilla (30 kilometres) and Otates (42 kilometres), the Norwegian span on El Brinco, the stage broadcast live on television.

For the other competitors, the event was just as difficult as ever. Jari-Matti Latvala threw in the towel at the end of SS12, handing second place to Mads Østberg. The Norwegian consolidated his position with the fastest time on SS16 to defend his position and hold off his fellow countryman Andreas Mikkelsen.

There are three stages left to contest tomorrow, including Guanajuatito and its 55.82 kilometres. Second-placed Mads finds himself involved again in a head-to-head battle with a Norwegian. He’ll start the final leg with a slender 4.5-second advantage over Mikkelsen!

We lost a bit of time with a spin this morning, but our pace has been good throughout the day.

Having gone off yesterday, Kris Meeke and Paul Nagle were able to rejoin the rally this morning after work was performed by the technical team. Running third on the road, the British driver had to sweep the roads and continued to learn about Rally Mexico. Despite incurring 49 minutes of penalties, he remains in a position to score a few points for the manufacturers’ championship.

Ninth in the WRC2 standings after the first leg, Stéphane Lefebvre added to his experience today. After racking up several top-five times in the category, the young Frenchman’s progress was halted on SS16 when he rolled his car at low speed.

The final day of Rally Mexico features just three stages. Parc ferme opens at 9.00am, with the 55.82km monster, Guanajuatito, first up for the crews. With no service, they will then head for Derramadero (11.59km) and El Brinco (8.25 km), which will also serve as the Power Stage, televised live from 12.08pm. The podium ceremony is due to start at 2.30pm.

Mads Østberg: “Everything’s going well. We lost a bit of time with a spin this morning, but our pace has been good throughout the day. We have to stay focussed on the job in hand and maintain the same rhythm until the end. I feel comfortable in the DS 3 WRC. It’ll be a good fight with Andreas, bearing in mind, of course, that we must make it to the end of the rally.”

Kris Meeke: “We knew that today’s leg was going to be very difficult for the early starters. Unfortunately, after rejoining under Rally 2 rules, our road position meant we’d be sweeping the loose gravel. The goal is to make it to the finish, nothing more. We can no longer fight for a position in the overall standings, we just need to concentrate on scoring points for the manufacturers’ championship.”