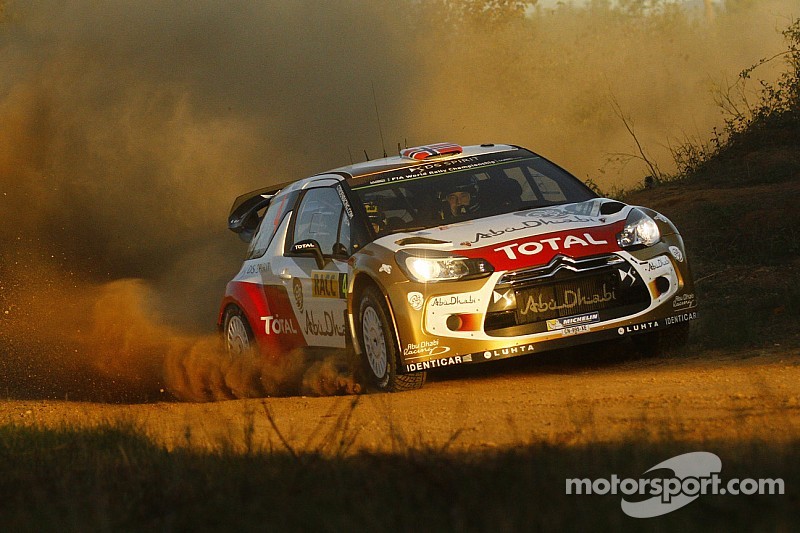 Mads Østberg and Jonas Andersson finished just off the podium at Rally de España, but nonetheless moved up two places in the Drivers’ World Championship standings.

Fourth overall at the start of the final leg of Rally de España, Mads Østberg controlled his pace perfectly to the end of the race. The Norwegian kept a close eye on the splits of Dani Sordo to match the pace of his main rival.

He ended the only mixed-surface event on the WRC calendar in fourth place overall, scoring twelve important points in the process. His performance meant he moved up from seventh to fifth in the Drivers’ standings.

First on the road again today, Kris Meeke took advantage of the stages to add to his experience on tarmac without the pressure of trying to secure a result. The Briton recorded three second-fastest times today. Only the punctures he picked up at the start of the rally prevented him from scoring heavily again. He nonetheless added two points to his tally with second place in the Power Stage.

In the third DS3 WRC entered, Khalid Al Qassimi made it to the finish in fifteenth position. The Abu Dhabi Racing driver Mohamed Al Mutawa won the WRC3 category in a DS3 R3.

Mads Østberg: “It has been a very good weekend. This fourth place is an important result for the team and for me. We were competitive on gravel and we held our position on tarmac. I’m really pleased to finish fourth overall. I’m really looking forward to the start of Wales Rally GB. We’ll be able to push to try and finish in a good position!”

Kris Meeke: “I’m very proud of my performance during this rally. It’s just a shame that we weren’t able to be in the fight to score big points. The double puncture at the start of the rally, with only one spare tyre on board, has proven very costly. But we had the chance to rejoin the race. We had to refocus and the times were very encouraging. It was important to show that we were on the pace with a few second places on the stages. That will also be useful for the future.”

Khalid Al Qassimi: “There were highs and lows. I didn’t drive as fast as I could have done. On tarmac, we were on the pace when the roads were slow and technical. In the quicker sections, I didn’t feel confident enough. I know where I was losing time, but I wasn’t prepared to take any more risks.”

Marek Nawarecki (Citroën Racing Deputy Team Principal): “After a bit of a tough start to the rally, it was essential on today’s final leg to take home some important points for the Manufacturers’ standings. Mads achieved his target in defending his fourth position right to the end. He managed to drive at a sustained pace on tarmac. Kris also proved that he could be quick in setting a few second-fastest times. Rally de España therefore ends on a positive note for us. And that’s important for the rest of the season. We’ll head into the final round of the season with confidence and ready to defend our second place in the championship!”